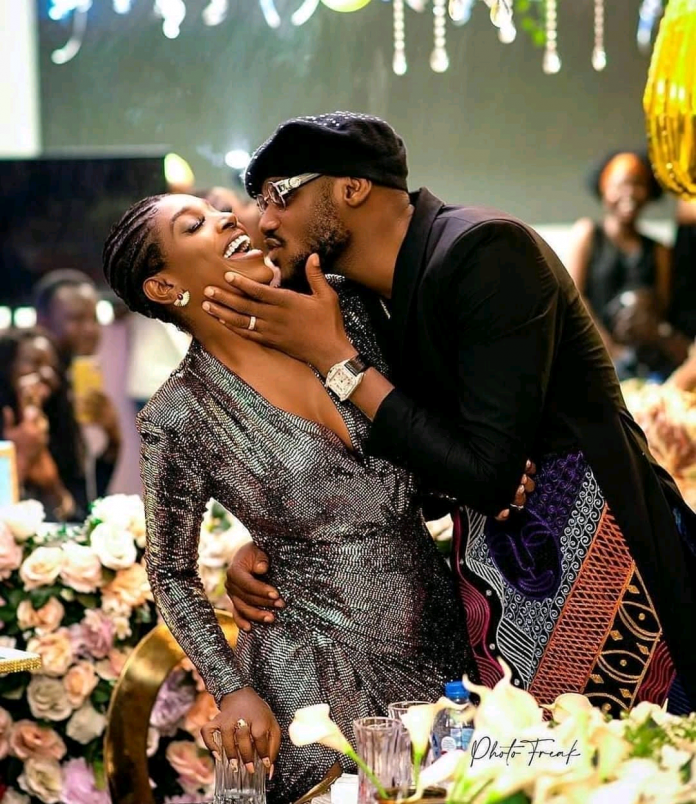 Recall that Pero shared a video on IG that many described as a shade directed at Annie following the actress controversial statement in a reality show.

Amid the drama, Annie returned to her page with a post in which she revealed that she and the African Queen crooner have renewed their marital vows.

In an emotional clip, 2Face and Annie Idibia renewed their wedding vows for the second time in the most romantic way.

The wedding renewal was captured on the Young, Famous and African reality show where the couple star in.

The guests and castmates on the show couldn’t hide their excitement during the Nigerian couples’ wedding renewal.

Annie and 2face got married in May 2012 and they have two daughters, Isabella and Olivia. They had their star-studded wedding ceremony in Dubai in March, 2013.

The love journey between the singer and the mother of two is an open book to many which continue to unveil colorful pages by the year despite the ups and downs that the duo have been through.