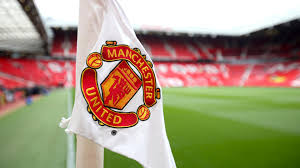 The Football Association will speak with Manchester United about homophobic chanting heard during Friday’s 3-1 FA Cup third-round win over Everton at Old Trafford.

The chant was directed at Everton manager Frank Lampard and related to his links with former club Chelsea.

United said the abuse “has no place in football”.

The FA said: “We strongly condemn the use of the term and we are determined to drive it out of our game.”

The FA will also speak to relevant authorities before deciding what course of action to take.

Rainbow Devils, United LGBTQ+ Supporters Club, tweeted: “We strongly condemn the taunting of Frank Lampard with the illegal and homophobic chant from a section of our fans and call for the club to take action.

“We call on United to do everything in their power to identify the culprits and deal with them in the strongest possible manner.”

In January 2022, the Crown Prosecution Service categorized the chant as a homophobic slur and said fans singing it during matches were committing a hate crime.

Those found to have used the words could face prosecution.

An FA statement read: “We stand firmly against all forms of discrimination and we are striving to ensure our game is a safe environment for all, which truly embraces diversity and challenges hateful conduct both on and off the pitch.”

Homophobic chanting was condemned by Chelsea boss Graham Potter and United manager Erik ten Hag when the teams met in the Premier League at Stamford Bridge in October.