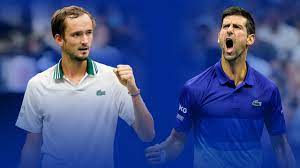 The Australian Open begins on 16 January and Djokovic is targeting a 10th title in Melbourne, which would be a men’s record-equalling 22nd Grand Slam win.

Adelaide is world number five Djokovic’s first tournament in Australia since he was deported in 2022 because of his Covid-19 vaccine status. His visa ban has now been overturned.

Struggling Zverev Bows Out In Australian Open Round Two