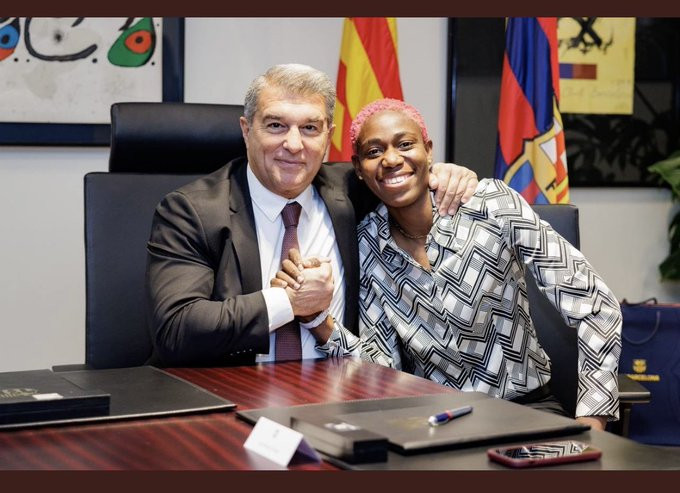 Super Falcons star, Asisat Oshoala has extended her stay at Barcelona by another two years.

This comes after she signed a new two-year deal at Barcelona until 2024. The 27-year-old Nigerian striker is the top scorer in the Primera Division this season, netting 19 goals in 16 league appearances, and was an integral part of Barcelona’s 2020/21 treble-winning team.

“I am just happy to be in the best team in the world,” the 4x African female footballer of the year told Barcelona’s official club website.

“It’s not just about their football, you look off the pitch, and it’s about how they treat footballers to help keep improving.

“I am a striker and I want to keep scoring more goals. I love it. The goal is to keep growing and to be happy. ”

Oshoala is the third Barcelona player to sign a new two-year deal with the club this week, following the announcements of defenders Marta Torrejon and Mapi Leon also committing their future to the Catalan giants until 2024.