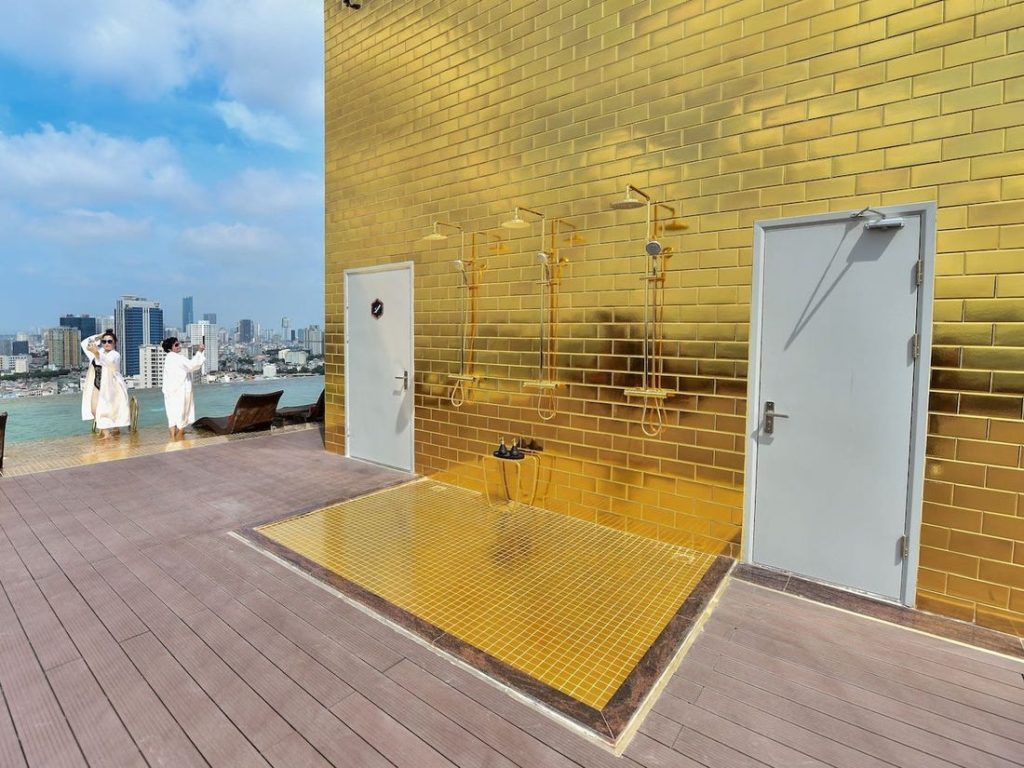 The one-of-its-kind hotel sits by Giang Vo Lake, in the centre of the Vietnamese capital and cost $200 million to construct.

At the hotel, guests can have their coffees in a gold cup and bathe in gilded splendour. Dolce by Wyndham Hanoi Golden Lake is a new luxurious 5-star hotel set on a property said to be covered with 5,000 square metres of gilded ceramic tiles.

It’s the world’s first self-proclaimed gold-plated hotel and its Vietnamese owners insist they have the ‘Midas touch’ despite the restrictions on global travel amid the coronavirus pandemic.

The hotel, located on the bank of the Giang Vo Lake in downtown Hanoi, also has a gold-plated infinity pool overlooking the city. The official website mentions the properties of gold for health which might hint towards meals containing gold too at this hotel.

Through posts on the hotel’s official Facebook page, they say: “Perhaps you may wonder why 24K gold?As the Dolce by Wyndham Hanoi Golden Lake is built to become the most unique architecture of the city, its full exterior and many parts of the interior including bathroom appliance and the infinity pool is overlaid with 24K gold.

But it is never only about creating an aesthetically phenomenal architecture; it is also about offering the most luxurious guest-oriented service and amenities to enhance their general health and well-being…”

A series of posts also lists the benefits of 24K gold for holistic living. The benefits include: “The use of gold directly against the skin helps to alleviate symptoms of rheumatoid arthritis; Reduce soreness; Skincare treatment; Regulates body temperature; Mood enhancer,” according to the hotel’s Facebook posts.

The hotel cost a total of $200 million to construct with a 24-carat plating across lobbies, an infinity pool and rooms, and even cutlery, cups, shower heads and toilet seats receiving the golden touch.

While the property is expensive for Vietnam, at $250 a night it might be a welcome change for wealthy locals wanting to live it up surrounded with glitter. The hotel wants “ordinary people to the super rich… to check-in” both physically and on social media, Nguyen Huu Duong, chairman of Hoa Binh group that owns the hotel, tells AFP.

The gold plating is said to have been acquired locally which significantly reduced costs of construction.