I Haven’t Given Up On Marriage –Actress Lola Alao 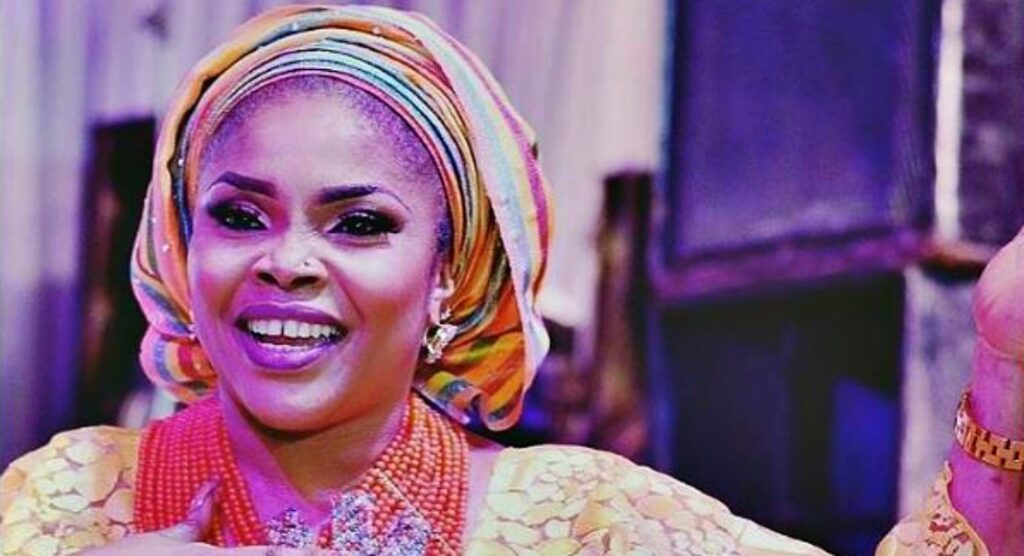 Actress, Lola Alao, says she has grown a thick skin because she is not a stranger to controversies. She also stated that God gave her a second chance to live after her scary COVID-19 ordeal in Canada.

In an interview with Saturday Beats, the filmmaker said, “There is a price to pay for being famous and that includes always being in the news. I know a lot of things have been said about me, some for good and some, bad. But I don’t care and I am not bothered about people’s opinions. If I know that whatever I am doing is right and if some persons can vouch for me on some of the negative news, why should I be bothered? I have always been in the news and I have grown a thick skin over time. However, if the news about me is very bad, I would endeavour to clear the air.

“Because I see life in a peculiar way, I do not regret the things I have done or what happened to me in the past. When I contracted COVID-19, the fear of leaving my children and family behind worried me. I was also worried about my adopted children in Nigeria and my foundation. I kept praying to God and told Him to spare my life for the sake of my children. I am grateful and thankful that I got a second chance to live.”

Alao also revealed that she still visits the late Aisha Abimbola’s grave with the deceased’s children. She said, “It has been two years since Aisha passed away but she spent quality time with her kids and had prepared their minds about how life would be when she was no more. I have made it my duty to always fill in the gap as their mother and try to do things that Aisha would have done for them. We still visit her grave and talk about her fondly. I treat Aisha’s children and mine equally. If I was not going to be responsible for them, I would have declined Aisha’s request when she asked me to take up the mantle. But since I had assured Aisha (that I would take care of her children), I have to stand by what I promised her.

“Some people have opined that I should formally adopt the children but I consider them to be mine already. There are some relationships that are as good as being blood-related. They will always be their father’s children, I am just there as their guardian.”

When asked if she would give marriage another try, the ‘Ewe Koko’ actress said, “It is a case of never say never, I can tell you ‘no’ now and another thing would happen tomorrow. As long as I cannot predict the future, then I can’t predict events (that have yet to unfold). If marriage comes, (that would be) fine, and if it does not come, I am also good (with that).”

Alao also maintained that she was not arrogant as some people thought. She added, “Most people think I am snobbish and arrogant but if you are close to me, you would see that it is a wrong perception of me. You can’t conclude about my personality from a distance. I am a very down-to-earth person.”