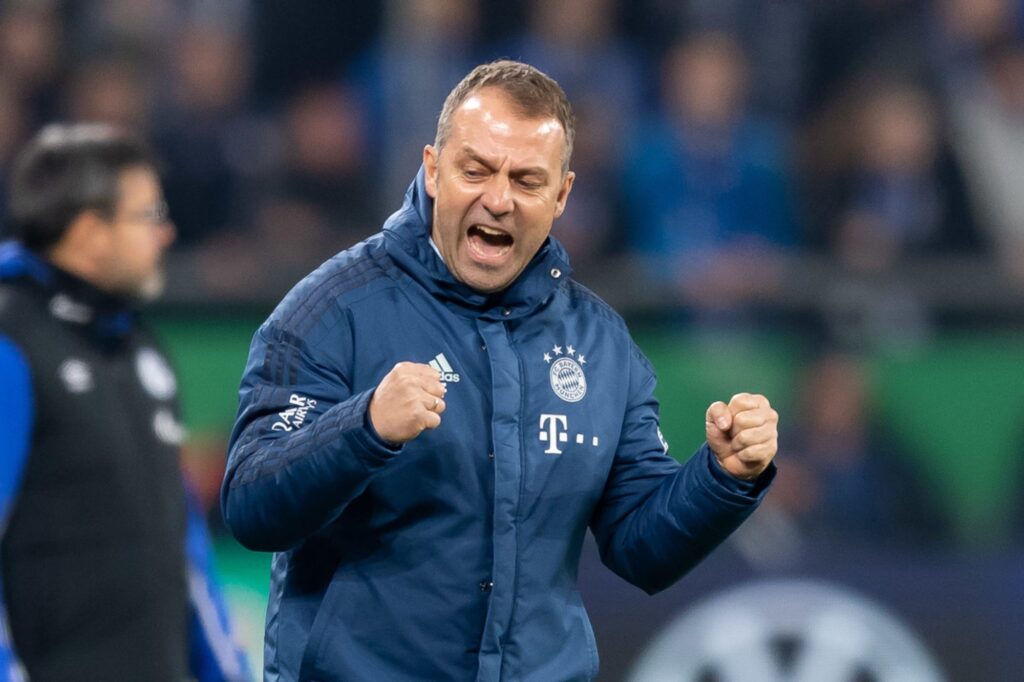 Bayern won the European title for the sixth time in the club’s history with a 1-0 victory over Paris Saint-Germain.

The squad celebrated by launching Flick into the air after lifting the trophy which was sealed with a second-half header from winger Kingsley Coman, a product of the PSG academy.

At the other end, Munich goalkeeper Manuel Neuer was outstanding to deny a string of chances by PSG stars Neymar and Kylian Mbappe.

“I am proud of the team. When I saw the headlines in November, all I read was that nobody is afraid of Bayern anymore,” said Flick, who took charge when Niko Kovac was sacked.

“The development since then has been crazy.

“We deserved to win, because of the second half.

“You could already see in training at our winter camp in January that something big was growing.

“The team just has this overwhelming will to win.”

This is Flick’s first job in Germany’s top flight yet in his first season he has steered Bayern to an eighth Bundesliga title, lifted the German Cup and now the Champions League.

He has emulated legendary Bayern coach Jupp Heynckes who landed the only other treble in the club’s history in 2013.

Having been assistant coach to Joachim Loew when Germany won the 2014 World Cup, Flick has now achieved the pinnacle of domestic football and wished Bayern fans could have been in Lisbon.

“It’s a pity that the fans couldn’t be here with us today, perhaps they can come back again in the future, but a game like this without supporters is not the football that we know,” admitted Flick.

Bayern captain Neuer, one of four survivors from the 2013 team, was delighted after capping a fine display by lifting the trophy.

“The joy was huge – that was what we deserved and what we wished for. It was really hard work,” admitted the Germany goalkeeper.

The 34-year-old as singled out for praise by Bayern team-mate Thomas Mueller, another survivor from the 2013 side.

“That is crazy, there is no secret to the way we played, we had enormous quality and a great spirit, the boys were all ready to suffer for each other,” said Mueller.

“The mentality is superb and we have Manuel Neuer in goal, he showed he is number one.”

“Manuel Neuer was again incredible, he has been in good form for weeks and week and weeks,” admitted Tuchel.

“He’s back to his best – unfortunately for us.”