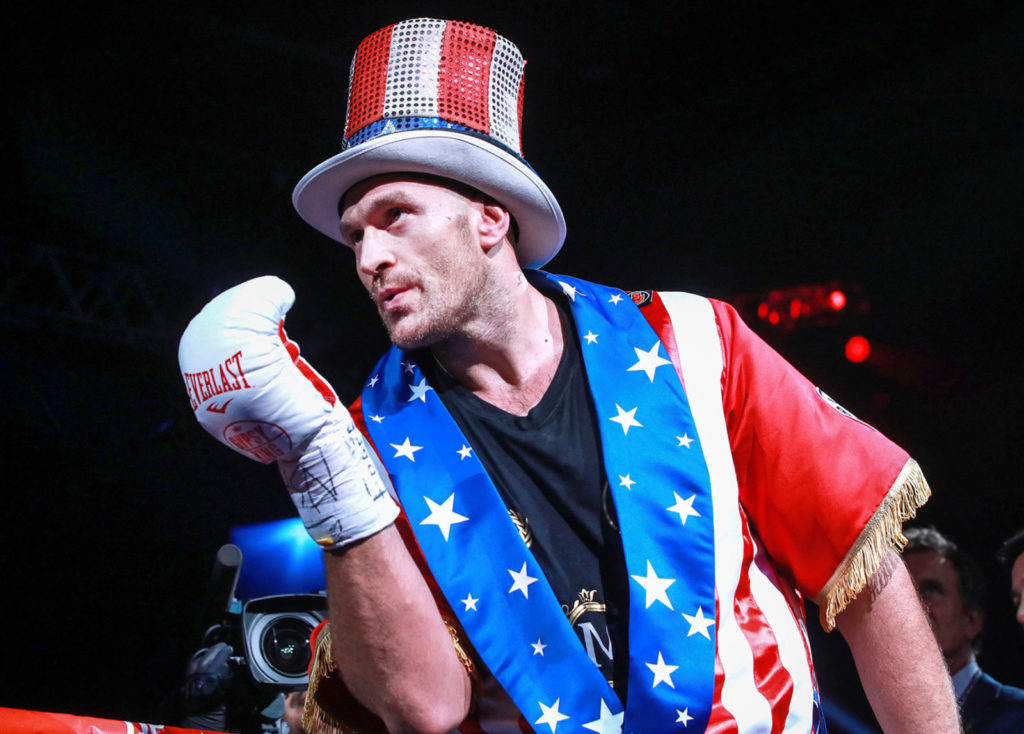 Tyson Fury will be contacted by the WBC to discuss his “status” as their heavyweight champion, leaving the door open to becoming ‘franchise’ title holder.

Fury will next meet Deontay Wilder in a third WBC title fight, but is mandated to defend his belt against Dillian Whyte before February 2021, and has also agreed financial terms to face IBF, WBA and WBO champion Anthony Joshua.

Top Rank boss Bob Arum, who is Fury’s US-based promoter, suggested the fighter could be upgraded to ‘franchise’ champion to skip his mandatory obligation to face Whyte and dive straight into an undisputed title clash with Joshua.

WBC president Mauricio Sulaiman, when asked about Fury, told Sky Sports: “We are addressing every weight category separately. The WBC is in the process of contacting every champion to assess their current status and plans.

“The WBC will be looking into each category and will review each case and rule taking into consideration the variables that have to do with each case.”

The WBC upgraded Vasiliy Lomachenko and Saul ‘Canelo’ Alvarez to ‘franchise’ champions meaning they are not obliged to fight mandatory contenders.

In the case of Lomachenko, he holds the WBA, WBC ‘franchise’ and WBO lightweight titles and will fight IBF champion Teofimo Lopez next. When he was given the ‘franchise’ status, Devin Haney was upgraded from interim champion to full title-holder and Luke Campbell was ordered to fight for the interim belt.

Arum previously told Sky Sports that Fury should not be forced into facing Whyte by February 2021: “These organisations will be cognizant that the mandatories must be pushed into the future because fighters, for at least three months, had no ability to fight. Then after those three months, the fights will be without spectators.

“We will be talking to the organisations to eliminate mandatories, or to postpone them all for at least one year.

“I am sick and tired of being forced, with my marquee fighters, to fight meaningless fights against mandatories that mean nothing.”

Whyte’s promoter Eddie Hearn said: “We’d much rather that this was not for a ‘franchise’ belt, this was for a WBC world title, and we want Dillian Whyte to get his shot at the world title.

“The point of Tyson Fury and Anthony Joshua and the teams agreeing to the structure of that deal – that deal can happen, that first fight can happen at the end of next summer. It will be 2021, but there is a big period of time where Dillian Whyte should be getting his shot at the world title and that’s important to us.

“There is no one that has fought for that right more than Dillian Whyte to get his opportunity at a world title.”

Whyte is currently the WBC interim champion and mandatory challenger to the full title so, according to the governing body’s president Sulaiman, will also be contacted regarding his status.

He defends his ranking against Alexander Povetkin at a behind-closed-doors venue in the UK in his next fight.