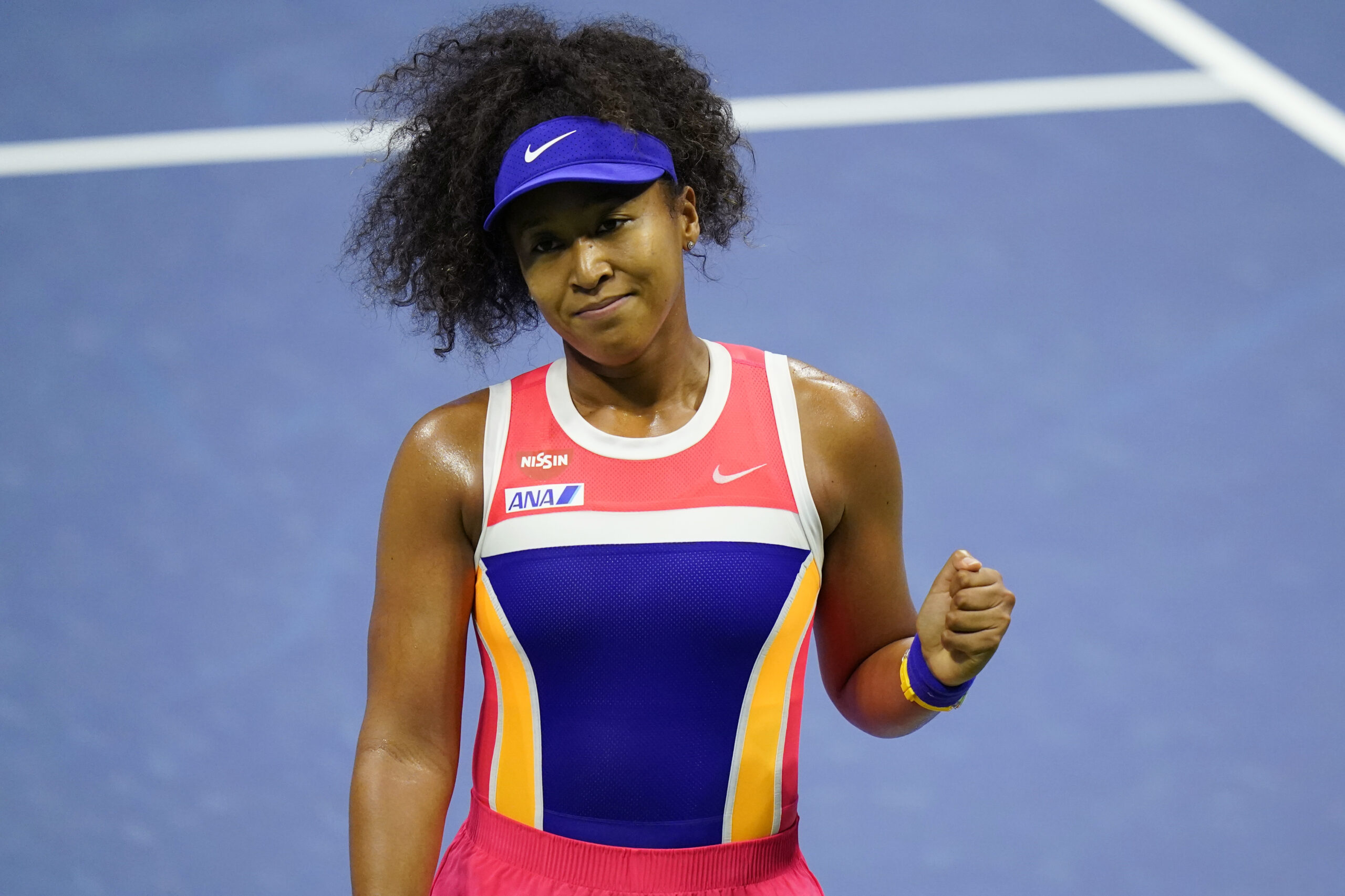 Naomi Osaka, of Japan, celebrates after winning a match against Anett Kontaveit, of Estonia, during the fourth round of the US Open tennis championships, Monday, Sept. 7, 2020, in New York. (AP Photo/Frank Franklin II)
Share
Facebook Twitter LinkedIn Pinterest Email

Two-time Grand Slam winner Naomi Osaka booked a place in the quarter-finals of the US Open Sunday with a straight-sets win over Estonia’s Anett Kontaveit.

Osaka, the fourth seed, powered past her 14th seeded counterpart 6-3, 6-4 in the late match in an empty Arthur Ashe Stadium at Flushing Meadows.

The 2018 US Open champion said keeping her emotions in check was key to dominating the 1hr 12 min match.

“For me it’s very important because it’s quite easy to get down on yourself, especially when you feel like you could have converted so many times,” she explained.

“But I just told myself that she’s a great player she’s supposed to hold her serve so yeah just keep pushing.”

Frustration had got the better of Osaka in the previous round when she threw her racquet during a tie-break.

Osaka said she hadn’t watched live the incident with Novak Djokovic earlier in the day when he was disqualified for accidentally hitting a lines judge with his ball after losing a game.

She was sleeping ahead of her night match, but after becoming aware of it she said it served as a reminder to remain in control while on the court.

“That’s definitely like a warning to never do that,” Osaka said.

Kontaveit fought hard to hang in the contest, saving five match points before Osaka booked her place in the last eight.

Japan’s Osaka will play 27-year-old Shelby Rogers for a place in the semi-finals after the American upset sixth seed Petra Kvitova in three sets Sunday.

Osaka, of Haitian and Japanese heritage, walked onto the court wearing a facemask emblazoned with the name of Trayvon Martin, an unarmed black youth shot and killed by a white neighborhood watch member in Florida in 2012.

Osaka, the 2019 Australian Open champion, is wearing different masks honoring victims of racial injustice and police brutality throughout the tournament.