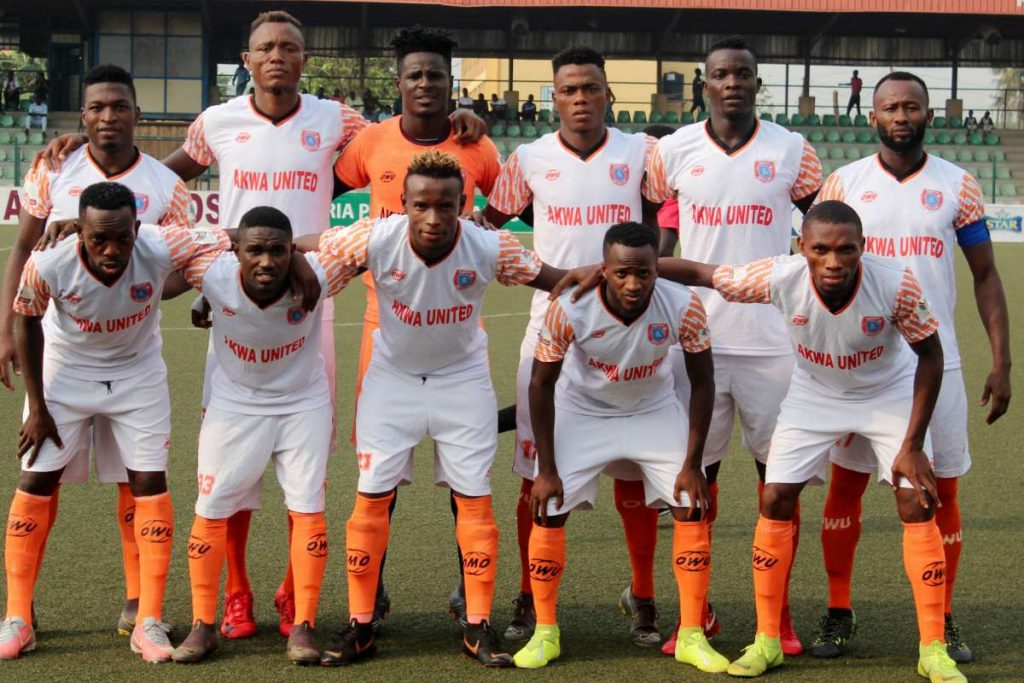 Nigeria’s Akwa United of Uyo have been eliminated from the 2020/2021 CAF Champions League.

They failed to build on their preliminary round first-leg advantage as they conceded two late goals in Algeria late on Sunday, the News Agency of Nigeria reports.

Hosts CR Belouizdad showed resilience to overturn the one-goal deficit they suffered in Nigeria in the first leg at the Omar Hamadi Stadium.

Akwa United tried to resist the threats of their hosts as both teams settled for a goalless first 45 minutes.

But, Hicham Khalfallah’s effort in the 72nd minute broke the deadlock in Algiers and Chemseddine Nessakh’s 84th-minute goal sealed their ticket for the next round.

Belouizdad will now face ASEC Mimosas in the second preliminary round after the Ivory Coast giants defeated Senegal’s Teungueth 2-0 on aggregate.

The next round of the Champions League games are scheduled to take place between Oct. 15 and Oct. 17, while the second leg will be from Oct. 22 to Oct. 24.