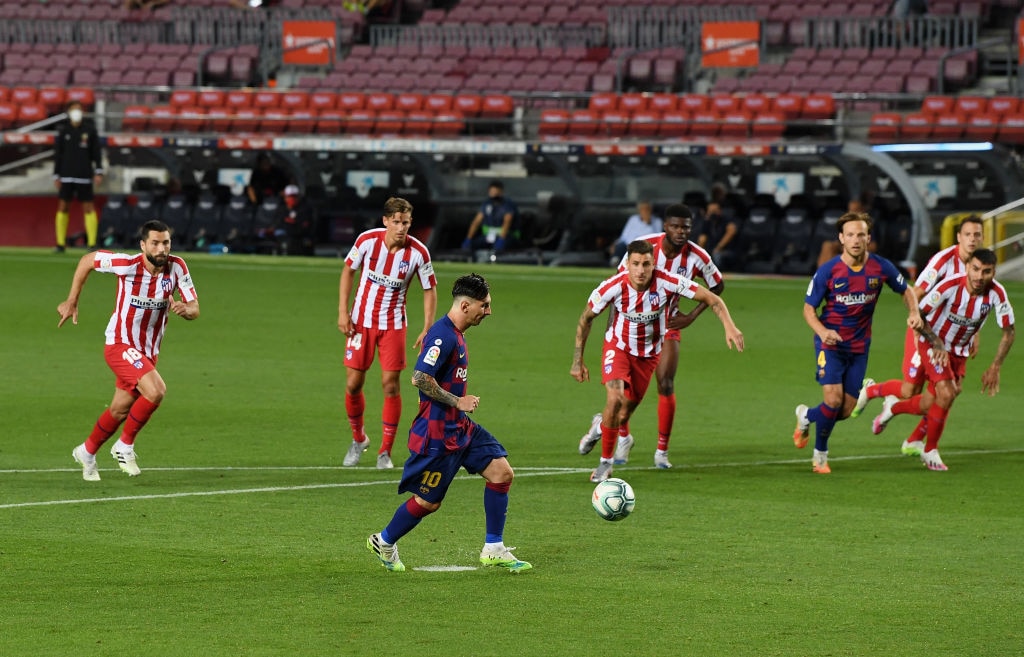 Barcelona’s Lionel Messi scored the 700th goal of his career on Tuesday by scoring a penalty against Atletico Madrid in La Liga.

Barca’s captain fooled Atletico goalkeeper Jan Oblak with a chip down the middle at Camp Nou, where he hit another remarkable milestone for club and country.

Juventus and Portugal star Cristiano Ronaldo is the only current player other than Messi to have reached the landmark, boasting 725 strikes in 1002 professional appearances for Sporting, Manchester United, Real Madrid, the Bianconeri and his national team.

Messi, however, has broken 700 in just 860 matches between Barcelona and Argentina, more than 100 fewer than his former Clasico rival at Madrid needed to reach the same figure, according to Goal.

Czech-Austrian idol Josef Bican holds the all-time record for goals scored in competitive football, having hit 805 in a career that spanned almost three decades and included spells at Rapid Vienna, Slavia Prague and both the Austria and Czechoslovak national teams.