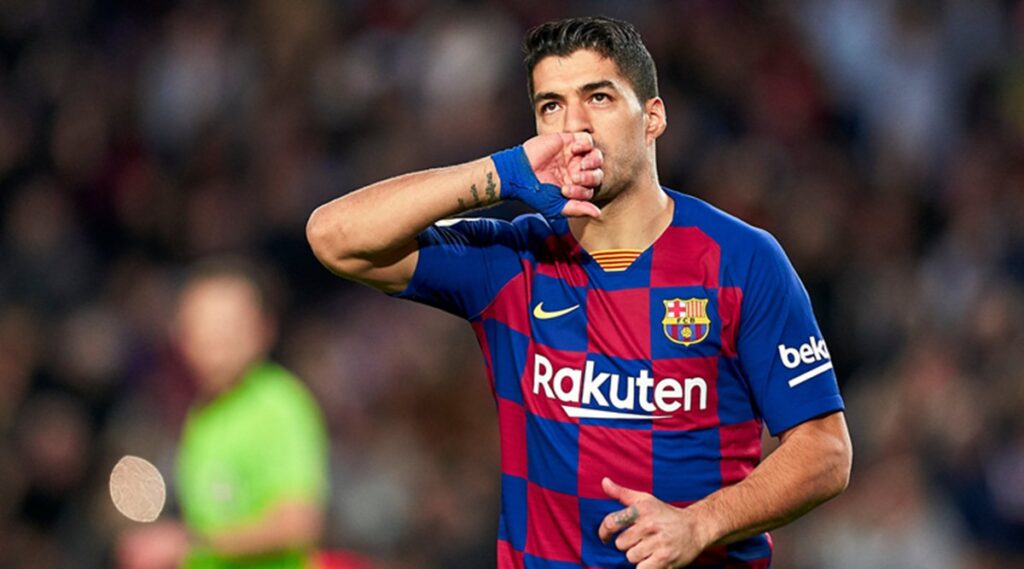 Barcelona have confirmed that Luis Suarez has joined Atletico Madrid after the two Spanish sides came to terms on a deal for the Uruguayan star.

Atleti will pay Barca €6 million (£5.5m/$7m) to acquire the striker, who departs Camp Nou after six seasons with the club.

Suarez had been heavily linked with Juventus in recent weeks as the Italian champions have been in the hunt for a striker, but the Bianconeri moved on to other targets after Suarez was forced to go through a lengthy process of acquiring Italian citizenship.

Instead, he’ll head to Atleti after a stay with Barca that saw him claim 13 trophies while becoming the club’s third-highest all-time goalscorer, only topped by Cesar and Leo Messi.

“FC Barcelona and Atletico Madrid have reached an agreement for the transfer of the player Luis Suarez. The Madrid club will pay FC Barcelona €6 million in variables,” the Catalan club announced.

“FC Barcelona would like to publicly express their gratitude to Luis Suarez for his commitment and dedication and wishes him all the best for the future.”

Suarez originally made the move to Barcelona in 2014, having emerged as a superstar during his time with Liverpool.

Vidal Moves To Inter Milan From Barcelona For One Million Euros

While at Barca, Suarez won four La Liga titles and a Champions League, as he famously scored against Juventus to secure that European title for Barca.

He’ll now join Diego Simeone’s Atletico outfit, giving the club an option up top following the departure of Alvaro Morata, who recently joined Juventus on an initial 12-month loan deal with an option to buy for €45m (£40m/$52m).

Suarez scored 21 goals in 36 games for Barca last season as he battled injury midway through Barca’s campaign in what turned out to be his least-prolific season at the Camp Nou.

After arriving in August, new Barcelona head coach Ronald Koeman told Suarez he would not be in his plans for the upcoming season, sealing the 33-year-old’s fate at Camp Nou.

Now with Atletico, Suarez could be ready in time for this weekend’s match against Granada with the club then set to visit Huesca next Wednesday.