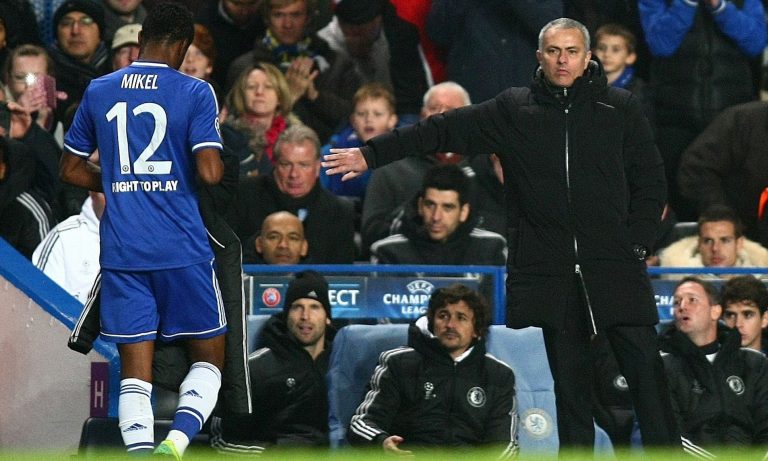 Mikel started his career as an attacking midfielder and was one of the best in that role at youth level. The former Middlesbrough played as a number ten with the Golden Eaglets and the Flying Eagles, whom he helped reach the final of the 2005 FIFA U-20 World Cup.

After winning the silver ball at the FIFA U-20 World Cup, Mikel joined Chelsea a year later. He joined the Blues with the hope he would continue in his attacking role, but to everyone’s surprise, Chelsea’s manager then, Mourinho, played the ex-Super Eagles star as a defensive midfielder.

It was a decision that baffled fans, but Mikel insists he had no problem with it. The 35-year-old said he had to play as a defensive midfielder following a chat with Mourinho.

“I wouldn’t say so,” Mikel said when asked if he thought Mourinho coached him out of attacking into defending.

“Obviously, I was such a creative midfield player, I was so creative. I was so gifted with the ball, I never lost the ball, and that’s why I played in the number ten role.

“I was this guy who made everything happen.

“And then going to Chelsea, obviously with those big-name players, massive players, you have to kind of give something.

“And then, he [Mourinho] looked at it and said, I can’t really get you to play it [ number ten] because we have the likes of Joe Cole playing there.

“We have massive names playing there, you’ll have to change something, and we had a chat about it.

“And I thought it was a positive chat, and after that, he said, I see you playing there,” Mikel added.

Speaking further, Mikel insists he has no regret over the role, saying he still had a great career.