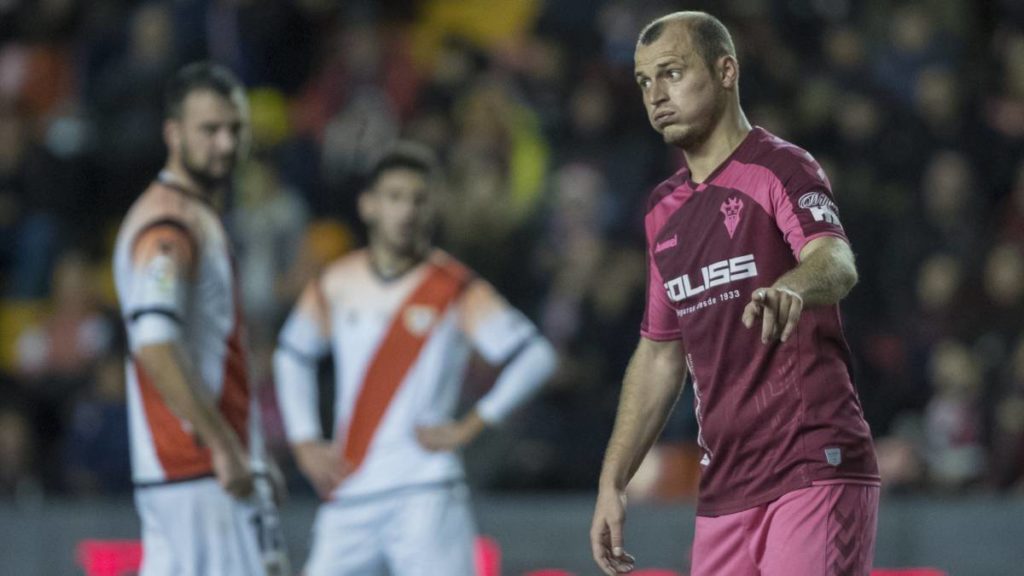 The Spanish soccer season will restart a day earlier than originally planned on June 10 with the second half of a second division match between Rayo Vallecano and Albacete that was postponed last December due to offensive chanting.

A statement from the Spanish soccer federation said both sides had agreed to play the match from the second half without any spectators.

La Liga will start up again on June 11 without spectators after a three-month pause due to the COVID-19 pandemic with a local derby between Sevilla and Real Betis.

The Segunda Division will properly kick into action on June 12 with four matches.

The Rayo-Albacete match was goalless when it was abandoned at halftime after Rayo fans chanted against Albacete’s Ukrainian forward Roman Zozulya, accusing him of being a Nazi and belonging to far-right groups in his home country.

It was the first and only time a Spanish football match has been abandoned for offensive chanting, even though racist chanting has taken place at several matches since, including Espanyol’s January game with Athletic Bilbao.

Zozulya signed in 2017 for Rayo, whose hardcore fans identify with Spain’s far-left and anti-fascist movements, but left the club without playing a match after supporters gave him a hostile reception at his first training session.