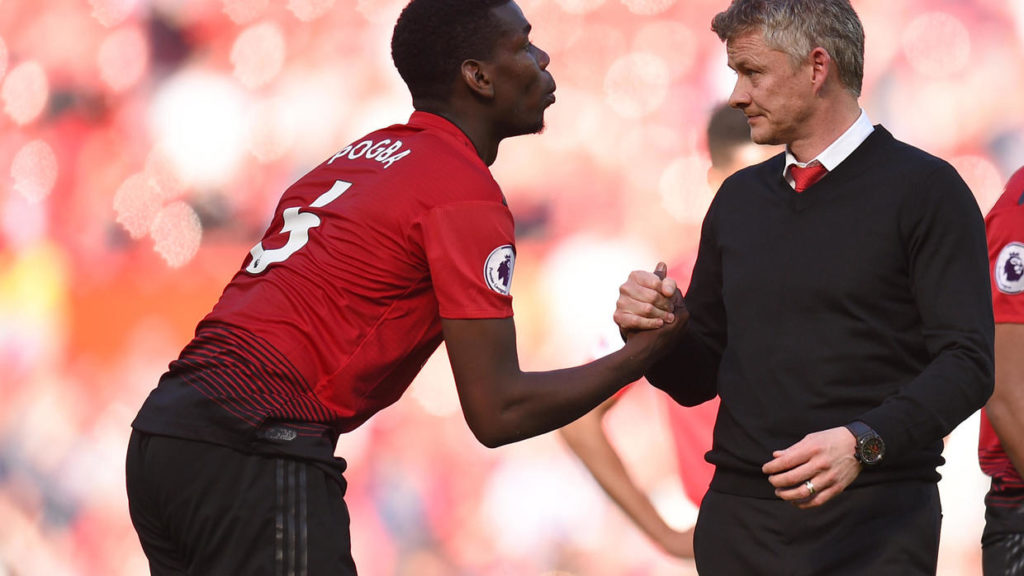 Manchester United manger Ole Gunnar Solskjaer, has challenged Paul Pogba to show leadership at the club as the midfielder seeks to put a wretched season behind him.

The World Cup winner has managed just eight appearances in all competitions due to foot and ankle problems and has not played since December.

United’s record signing could make his long-awaited return when their Premier League campaign resumes at Tottenham on Friday, where Pogba would face former boss Jose Mourinho.

Solskjaer said he was confident that Pogba, linked with a move away from Old Trafford earlier this season, would recover his best form.

“Paul is one of the best midfielders in the world, so of course we expect him to gradually improve as he gets more and more game time,” he said.

“I don’t know if it’s 45 minutes this time, is it 60, is it… so gradually over these next few months we can work him up back to his best.

“Paul has had a very, very good career. Of course he is a World Cup winner and we want to have that leadership on the pitch as well.”

United’s midfield has improved markedly since the 27-year-old last played due to the January arrival of Bruno Fernandes, and the potential of the pair playing together is an intriguing prospect.

The three-month coronavirus suspension has also allowed England international Marcus Rashford to recover from his back injury.

United are unbeaten in 11 matches and pushing for Champions League qualification as well as FA Cup and Europa League glory.

The Norwegian manager said the break had been good for Mason Greenwood, 18, who has scored 12 goals in 36 appearances during his breakthrough season.

“Sometimes earlier on you could see he was a kid,” he said.

“Now in training he can use his strength better and he has done really well over the three or four weeks we have been training now.”