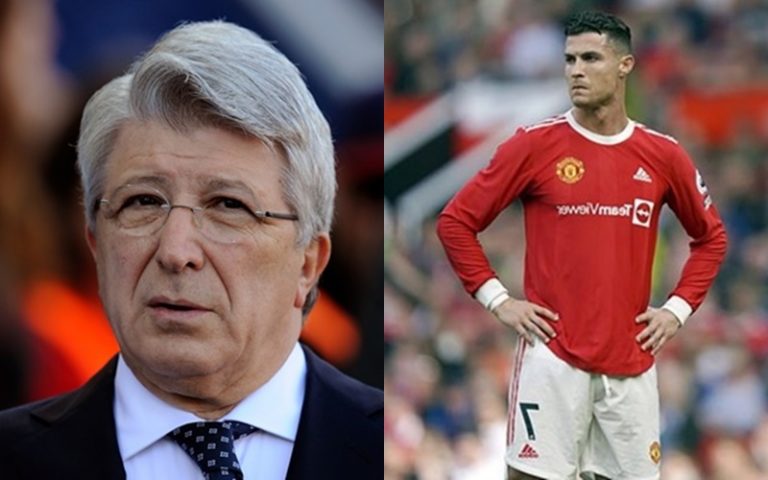 This was made known by Atletico Madrid’s president, Enrique Cerezo who claimed it is quite impossible for the player to come to the club.

“It’s practically impossible for him to come to Atletico Madrid,” Cerezo added, further claiming that rumours of interest in the 37-year-old had been “invented”.

According to reports, the Manchester United forward is hoping to quit the Premier League club this summer and join a UEFA Champions League challenger.

Ronaldo has been affiliated with a host of clubs this summer including Premier League rivals Chelsea, Bayern and his adolescence club Sporting Lisbon. Chelsea, however, they dropped their interest earlier in the transfer window.

The unsettled Portuguese travelled back to the UK this week to meet with United and was seen arriving at their Carrington training facility on Tuesday in the same car as his agent Jorge Mendes to discuss his future.

Also, following Robert Lewandowski’s transfer to Barcelona, Bayern Munich had come up as a potential destination for Ronaldo, in addition to Atletico.

However, no such proposals have been made for Ronaldo, and it is said that United is considering the possibility of loaning the player out – provided that he extends his contract by another year so that they can get a transfer fee next summer.