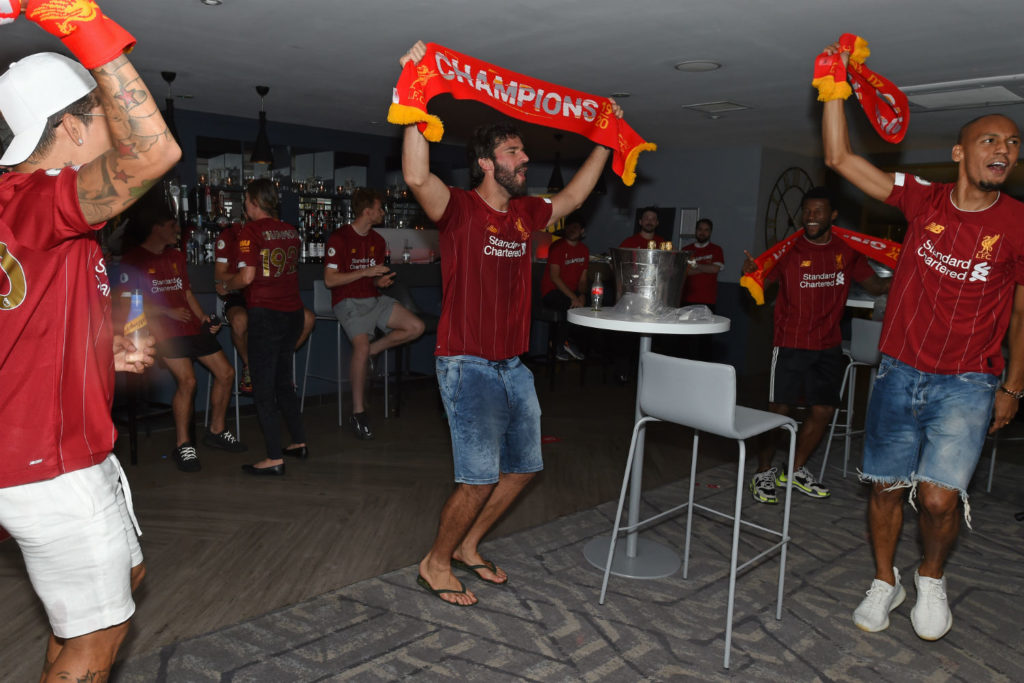 Liverpool FC’s 30-year wait for a top-flight title is over after Manchester City lost 2-1 at Chelsea to confirm the Reds as Premier League champions.

Liverpool’s triumph represents a huge moment for their fans, who grew accustomed to success in the 1970s and 1980s, including a run between the 1972-73 and 1990-91 seasons in which they failed to finish first or second in the league only once.

They have not been without silverware in the past 30 years, winning three FA Cups, four League Cups, a Uefa Cup, the Champions League twice – the latest coming last season under Klopp – as well as three Super Cups and one Club World Cup.

Despite being urged to “stay home” by the city’s metro mayor because of coronavirus, thousands of fans gathered at Anfield to celebrate.

The Liverpool team gathered at a hotel on Thursday evening to watch events unfold at Stamford Bridge as Manchester City were beaten by Chelsea, which confirmed the Reds’ status as champions.

Take a look at how the Liverpool squad celebrated winning the Premier League photographs.