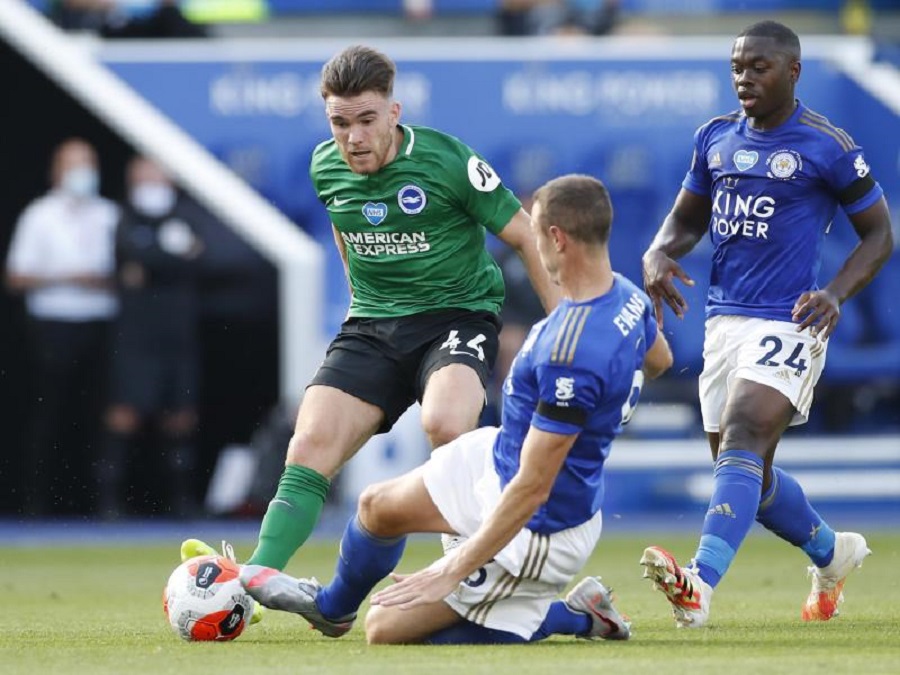 Visitors Brighton, who beat Arsenal on Saturday, had the opportunity to take the lead after James Justin fouled Aaron Connolly in the penalty box.

But Schmeichel guessed correctly and dived smartly to his right to deny Neal Maupay from the penalty kick spot.

Leicester City appealed for a penalty kick when a cross in second half stoppage time hit Lewis Dunk’s flailing arm.

But referee Lee Mason waved it away, a decision upheld by the Video Assistant Referee (VAR).

The result was 15th-placed Brighton’s fourth consecutive away draw and pushed them six points clear of the relegation zone.