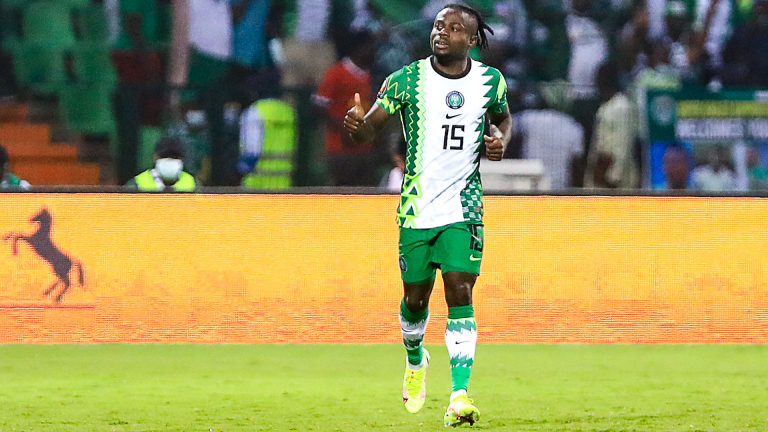 No member of the Nigerian Football club is mentioned in all the categories of awards released on Monday by the Confederation of African Football(CAF).

CAF via an official statement released a star-studded final list of nominees in six categories with Nigeria not getting any mention across the board.

In the most-coveted CAF African Player of the Year category where Moses Simon was initially listed in the 30-man shortlist, the Nantes of France winger has since dropped out of the race.

Those left in the race for the top award include the present holder; Sadio Mane (Senegal and Bayern Munich), former winner Riyad Mahrez (Algeria and Manchester City), and Mohamed Salah (Egypt and Liverpool), amongst others.

This latest development effectively means Nigeria’s long wait to have one of its players win the continent’s top individual award will continue for another year.

The last time a Nigerian emerged as the CAF African Player of the Year was in 1999 when Kanu Nwankwo won the accolade for a second time.

Since then, a couple of other Nigerian players like Austin Okocha, Mikel Obi and Vincent Enyeama have come close but were unsuccessful.

Akinkunmi Amoo was previously in the running for the Young Player of the Year category but he also missed out.

One of the highly contested categories is that of the CAF Coach of the Year, where Aliou Cisse, Pitso Mosimane, Carlos Queiroz, Tom Saintfiet and Walid Regragui have made the final cut.

As explained in its official statement, the winners of each category will be decided by a voting panel made up of CAF Technical Committee, media professionals, Head Coaches & Captains of Member Associations and clubs involved in the group stage of the Interclub competitions for the 2021/22 season.

Meanwhile, CAF has stated that the women’s categories’ final shortlist with be announced in due course.

Full List of Nominees (in alphabetical order by Member Association):

Player of the Year (Men)

Interclub Player of the Year (Men)

Young Player of the Year (Men)

Coach of the Year (Men)

National Team of the Year

Club of the Year