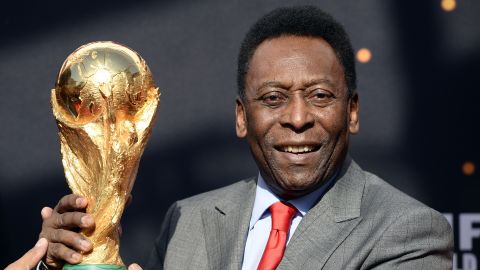 After holding three days of national mourning, Brazil has been paying its last respects to the player known as “The King,” who died Thursday at age 82 after a battle with cancer.

Lula, who took office Sunday in a ceremony that started with a minute’s silence for Pele, will travel to the southeastern city of Santos to “pay his respects and tribute” as the 24-hour wake for the late icon draws to a close at 9:00 am (1200 GMT), his office said.

Thousands of fans and football dignitaries, including FIFA president Gianni Infantino, have already filed past Pele’s black coffin at the stadium where he first dazzled the world, the Vila Belmiro, home to his longtime club, Santos FC.

“Pele is eternal. He’s a global icon of football,” Infantino told journalists on Monday, saying football’s governing body would ask all member countries to name a stadium in the player’s honor.

Born Edson Arantes do Nascimento, Pele exploded onto the scene at age 15, when he made his professional debut with Santos.

Tributes have poured in from around the world since his death, with a Who’s Who of current and former football greats hailing his genius for the “beautiful game.”