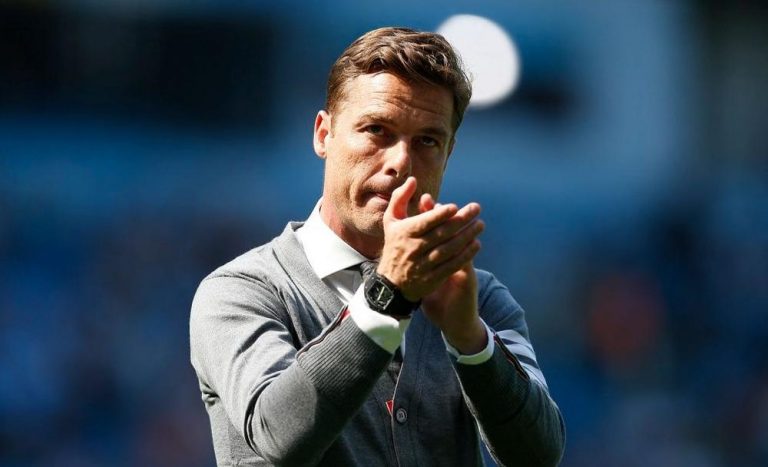 English Premier League side AFC Bournemouth on Tuesday sacked Head Coach Scott Parker, after Liverpool thrashed them a whooping 9 to no goals at Anfield on Saturday.

The club made the announcement on Tuesday morning on its official website stating that Parker will be replaced in the interim by former Bournemouth midfielder, Gary O’Neil.

In a parting shot at Parker, owner Maxim Demin said in a statement that “‘I would like to place on record my gratitude to Scott and his team for their efforts during their time with us. Our promotion back to the Premier League last season under his tenure will always be remembered as one of the most successful seasons in our history.

“’However, in order for us to keep progressing as a team and a Club as a whole, it is unconditional that we are aligned in our strategy to run the club sustainably. We must also show belief in and respect for one another. That is the approach that has brought this club so much success in recent history, and one that we will not veer from now. Our search for a new head coach will begin immediately.’

“Gary O’Neil will take interim charge of the team, and will be assisted by Shaun Cooper and Tommy Elphick,” the statement concluded.

Parker had taken several public swipes at Bournemouth’s management over their failure to strengthen the squad after the south coast club’s return to the top flight.

He was especially blunt following the Liverpool match, saying the Cherries were “ill-equipped” following a rout which came after a 4-0 loss at champions Manchester City and a 3-0 defeat by Arsenal.

“I can see some more (heavy losses),” Parker said during his post-match press conference at Anfield.

“We need to make a decision. I have been clear how this season could look for us and I stick by that.

“We need to make a decision and try and help this young group who at times are struggling for air.

“We have been trying to get more quality in and there are a million reasons why (they have not).

Gary O’Neil will take interim charge of the team, who are 17th in the Premier League and have lost three of their four opening games, conceding 16 goals.

The 41-year-old Parker, a former England international midfielder, had taken Bournemouth to promotion last season from the second-tier Championship.

Bournemouth’s next match is at home to second-bottom Wolves on Wednesday.