ESPN Is Back On DSTv As MultiChoice Partners Walt Disney Company 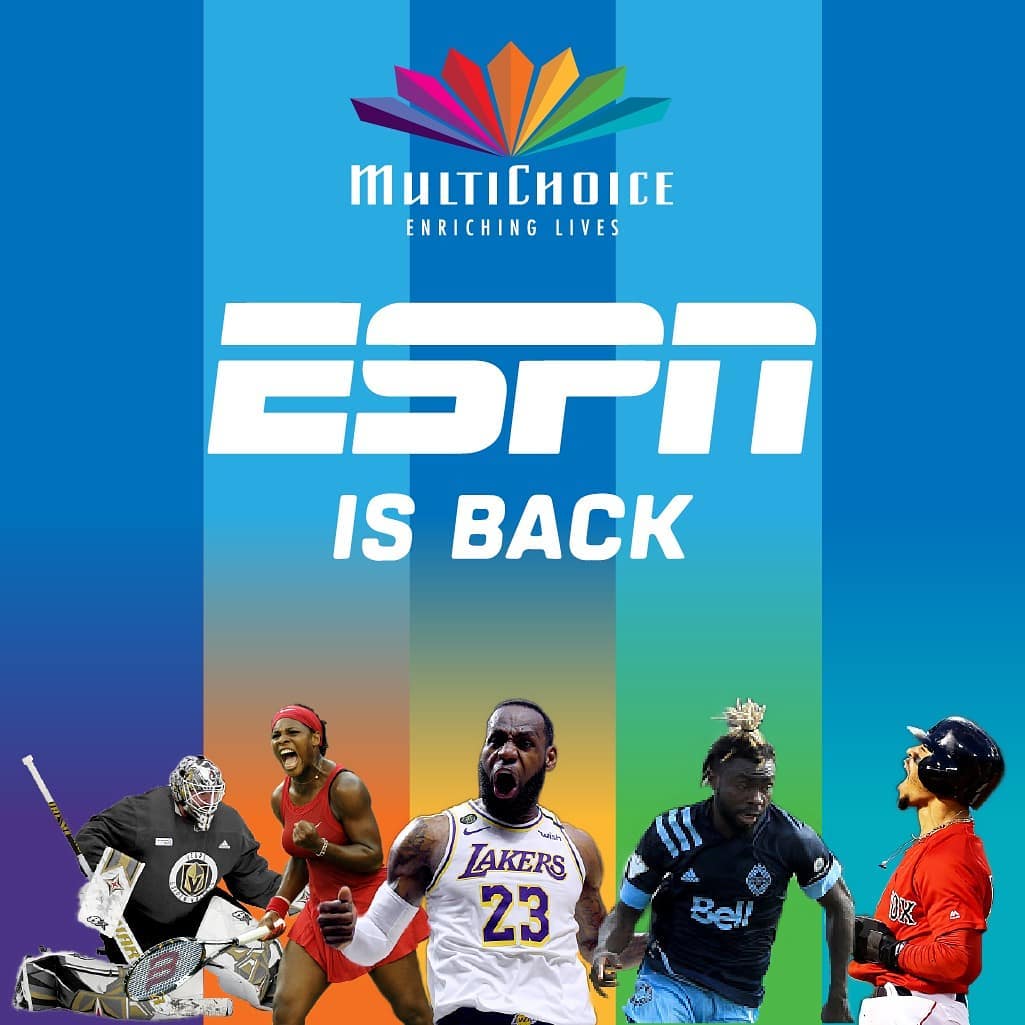 The partnership will now bring in two 24-hour ESPN channels to DStv customers in Africa starting from Wednesday 29 July 2020, thereby allowing them to enjoy the very best of US sports.

“As Africa’s leading video entertainment platform, we are unwavering in our commitment to ensure that we continue to find the best available content to delight our customers, both now and into the future. We endeavour to deliver both world-class international content as well as the very best in local content, giving our loyal customers a never-ending selection of outstanding entertainment,” said MultiChoice Group’s CEO, Calvo Mawela.

The Walt Disney Company Africa’s Senior President and Country Manager, Christine Service, also spoke excitedly about the new partnership saying, “we are thrilled to be bringing the achievements and triumphs of both international and local athletes, our quality storytelling and innovative programming to a whole new audience of sports fans in Africa.”

This partnership brings to the table more benefits for DStv customers as they will now have access to channels featuring major US sport as well as European football, on the ESPN & ESPN2 channels. Paying customers can now see popular leagues like the National Basketball Association (NBA), National Football League (NFL), National Hockey League (NHL) and Major League Baseball (MLB).

Earlier in June, StarTimes announced the addition of two premium sports and one Hollywood channel to its packages without any additional cost to customers.

Both PayTVs increased the price of their packages by the end of Q1 2020 in response to the reviewed VAT rates and naira depreciation, but a step ahead, StarTimes introduced a flexible Pay-As-You-Go package, allowing customers to pay as for what they watch for as low as N90 daily. This is something that MultiChoice has refused to do despite customers’ agitations for it.

Although MultiChoice’s new deal has been a long in the making, coming shortly after StarTimes’ announcement makes it seem like a strategic attempt by MultiChoice Group to stamp its print in the market whilst adequately competing with its rival.

Note that some years back, ESPN withdrew from broadcasting in Africa and Europe. This new deal means that only DSTv customers on the continent will now be able to watch the channels.