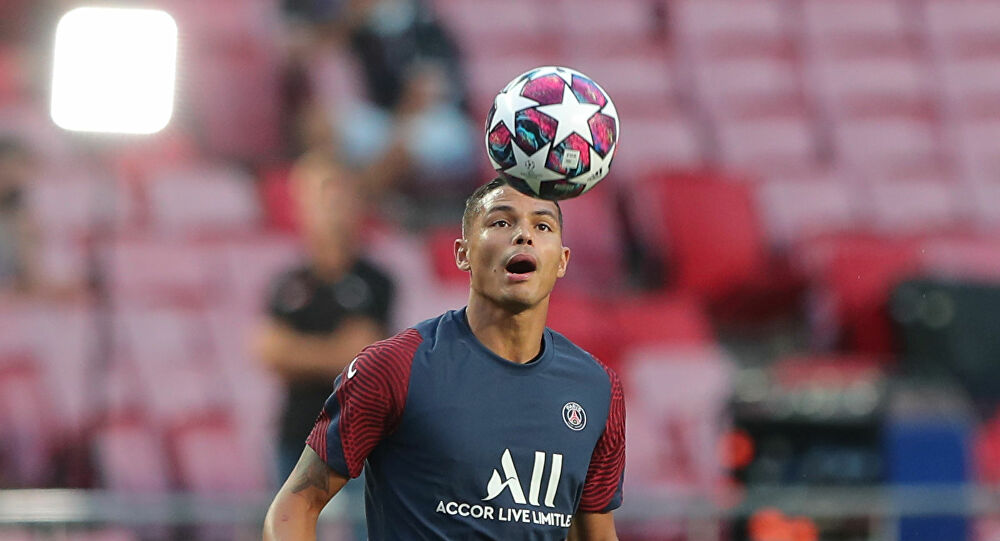 Thiago Silva has completed a move to Chelsea on a one-year deal after passing a medical on Thursday.

The Ligue 1 club confirmed the 35-year-old’s exit on Thursday – despite last-ditch efforts by the Champions League runners-up to offer him a new deal, Sky reports.

Silva, who spent eight years with PSG after joining from AC Milan in 2012, is Frank Lampard’s sixth signing of the summer following the arrivals of Hakim Ziyech, Timo Werner, Ben Chilwell, Malang Sarr and Xavier Mbuyamba.

With Chelsea keen to strengthen having been banned from signing players last summer, the London club could also complete a deal for Bayer Leverkusen forward Kai Havertz before the start of the new season.

Silva won seven Ligue 1 titles during his time in France, but leaves the club having failed to achieve the European success desired most in Paris.

Despite sealing a fourth-placed finish and qualification for next season’s Champions League, Chelsea struggled defensively throughout Lampard’s debut campaign in charge at Stamford Bridge.