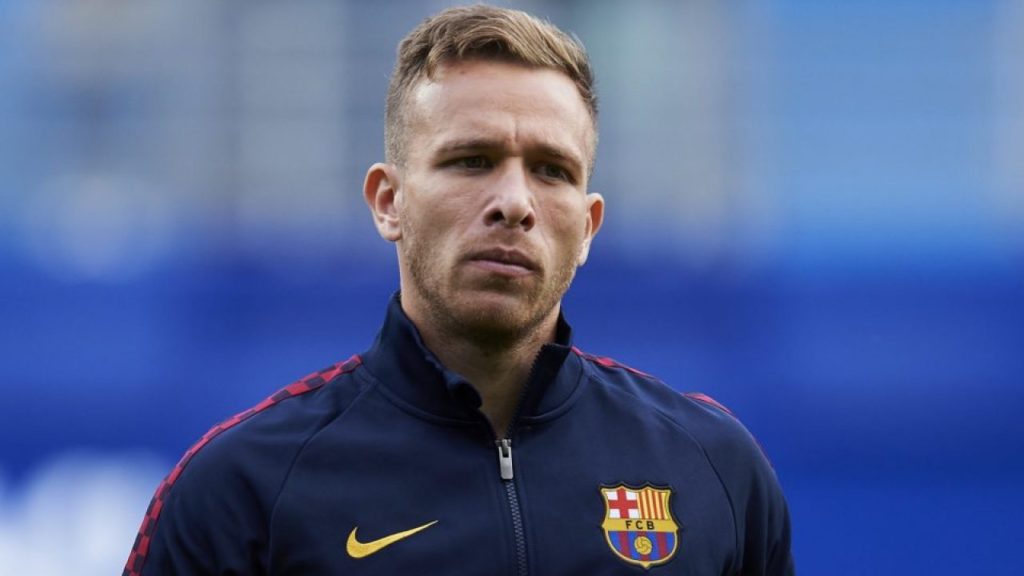 FC Barcelona have reached an agreement to sell Brazil midfielder Arthur Melo to Juventus for a fee of 72 million euros (80.98 million dollars).

The La Liga title-holders said in a statement on Monday they have however gone on to sign Bosnian Miralem Pjanic from the Italian champions for 60 million euros.

The 23-year-old Melo, generally known simply as Arthur, will remain at the Camp Nou until the end of the 2019/2020 season before moving to Turin.

This has however been extended until August because of the novel coronavirus pandemic.

Pjanic, 30, will also move to the Camp Nou at the end of the campaign.

He will sign a four-year contract containing a release clause of 400 million euros, Barca’s statement said, adding that the Bosnian’s transfer fee was worth an additional five million in variables.

Bosnian international Pjanic has been at Juve since 2016, having previously played for AS Roma as well as French sides Olympique Lyonnais and Metz.

The transfer helps Barca meet their target of a further 70 million euros in revenues from player sales before June 30.

This is in line with the budget the club’s members approved last October which forecast income of 124 million euros from transfers.

FC Barcelona have the highest revenues in world football but their finances have been hit by the COVID-19 pandemic.

The pandemic had affected ticket sales, television rights and merchandising, leading the club to enact a 70 percent pay cut for players in April.

But the negotiation has attracted criticism from Spanish future presidential candidate Victor Font, who said the deal came about due to the club’s financial mismanagement.

“The deal once again proves the board’s absolute priority is to balance the books by letting key players go.

“The financial situation has been bad for many years, long before the pandemic,” he said on Twitter.

Barca did not immediately respond to a request for comment on Font’s words.

Arthur joined Barca from Brazilian side Gremio in July 2018 and was initially hailed as the heir to former club great Xavi Hernandez.

Lionel Messi had said then that he was surprised by the player’s similarities to the side’s former puppet master.

But in spite of a promising opening spell, Arthur made only 19 league starts in his first season with the club and 14 this campaign.

Coach Quique Setien said earlier this month that he had not lived up to expectations.

There were also issues off the field.

In March 2019, he apologised for travelling to Paris during the season to attend the birthday party of Brazil team mate Neymar.