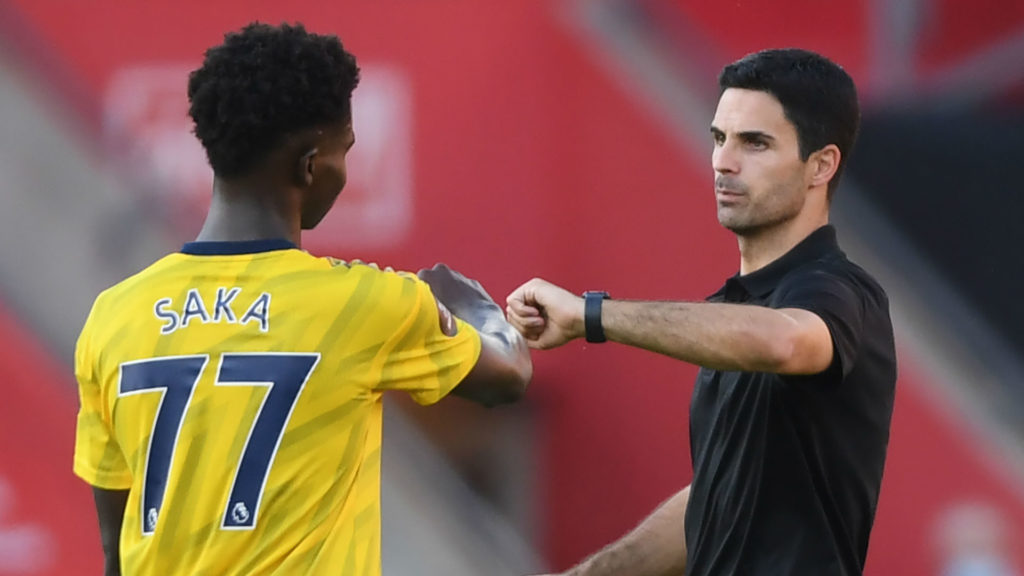 The Emirates teenager has already represented the Three Lions at Under-19 level and could well be included in Gareth Southgate’s next senior squad in September.

However, Saka, 18, also qualifies for Nigeria – and the Super Eagled are stepping up their attempts to persuade him to represent them instead of England.

Arsenal boss Arteta reckons the versatile winger, who has enjoyed a great run of form under his watch, has the international game at his dazzling feet.

However, he is putting no pressure on Saka regarding his ambitions for the world stage – and will not be interfering in the England-versus-Nigeria battle.

Arteta declared: “If I get asked the question by him then I can give my opinion but, as of now, he hasn’t come to me with that.

“So, for now I will leave it totally independent with the player and, as well, with the family – as they normally have a big say – with their background, their culture and where they are coming from.

Saka, with 11 assists in 38 Arsenal appearances this season, admitted yesterday (Saturday) that he faces a dilemma over whether to opt for England or Nigeria.

The Ealing-born starlet said: “I’m happy to have represented England at youth level but I’m also proud of my Nigerian heritage from my parents. It’s a tough choice.”

“Absolutely, he can play for England,” said the ex-Everton and Arsenal playmaker. “And he’s very clever. He’ll make the right decision.”