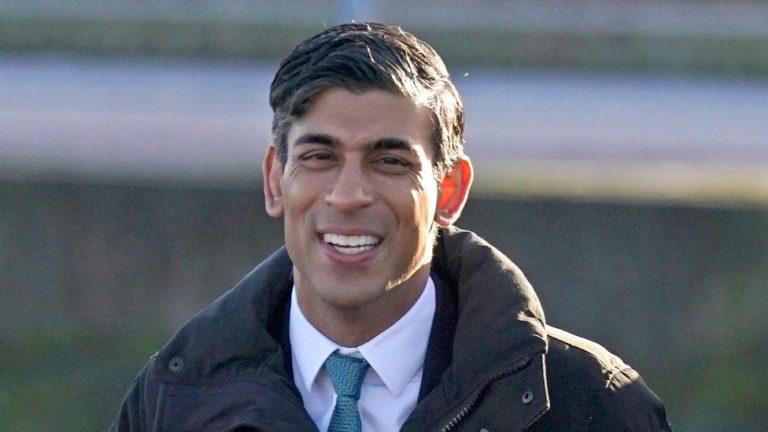 The United Kingdom Prime Minister, Rishi Sunak, was fined on Friday by the British police for not wearing a seatbelt in the back of a moving car while on a trip to northern England.

Sunak, who recorded an Instagram video on Thursday, was seen turning in his seat to talk to the camera without a seatbelt on, a video that has now been deleted from the social media site.

The PM’s office at Downing Street said the incident was a “brief error of judgment”, but Lancashire constabulary announced they were fining Sunak for the infraction, The Guardian UK says.

The force said: “You will be aware that a video has been circulating on social media showing an individual failing to wear a seatbelt while a passenger in a moving car in Lancashire.

“After looking into this matter, we have today issued a 42-year-old man from London with a conditional offer of fixed penalty.”

Reacting, a spokesperson for the Sunak said: “The prime minister fully accepts this was a mistake and has apologised. He will of course comply with the fixed penalty.”

A fixed penalty means Sunak can pay a fine to avoid a court hearing.

The police did not disclose how much they had fined the prime minister, but according to the government’s safety campaign, any driver or passenger not wearing a seatbelt is breaking the law and is liable to be fined up to £500 if the case goes to court, according to The Guardian UK.

Sunak’s transportation habits were already a talking point in the United Kingdom before the incident, a report by AFP says.

His political rivals have taken aim at his use of a private jet to make multiple short flights in recent days.

This is not the first time Sunak has been slapped with a police fine.

He was fined while serving as Chancellor of the Exchequer for attending a Downing Street party in June 2020 that violated the government’s rules on social distancing, according to an AFP report.

The latest fine makes Sunak the second Conservative prime minister to receive a police fine in less than 12 months. The Metropolitan police, in 2020, issued a fixed-penalty notice to Boris Johnson for attending a party during lockdown. Sunak was fined for attending the same event as Chancellor of the Exchequer.