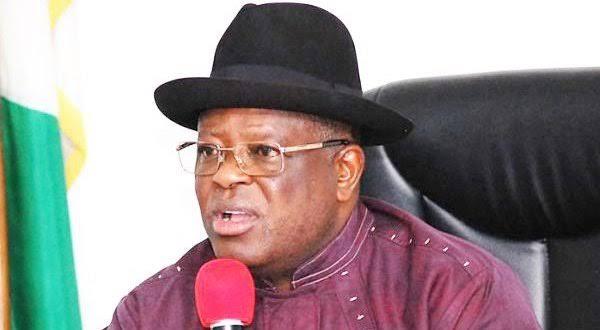 A federal high court has dismissed a motion by the governor of Ebonyi Dave Umahi and his deputy, Eric Igwe, to suspend the execution of the ruling that removed them from office.

The judge, Inyang Ekwo, had fired the governor and his deputy on March 8 for defecting from the Peoples Democratic Party (PDP) to the All Progressives Congress (APC) (APC).

The judge ruled that Umahi’s 393,042 votes in the governorship election in March 2019 belonged to the PDP and could not be legitimately transferred to the APC.

As a result, Ekwo ordered the PDP to produce a new candidate, or the Independent National Electoral Commission (INEC) to hold a new election within 90 days.

Umahi and Igwe asked the court to stay the order’s execution in a move on notice submitted by their legal team, led by Chukwuma Machukwu-Ume.

The senior counsel, on the other hand, informed the court on Monday that he intends to withdraw the stay application.

He informed the court that an appeal had been filed with the court of appeals and that the transcripts of the hearings had been sent to the appellate court.

Machukwu-Ume also asked to drop his motion for a stay of execution in the case that resulted in the dismissal of 16 members of the Ebonyi state assembly.