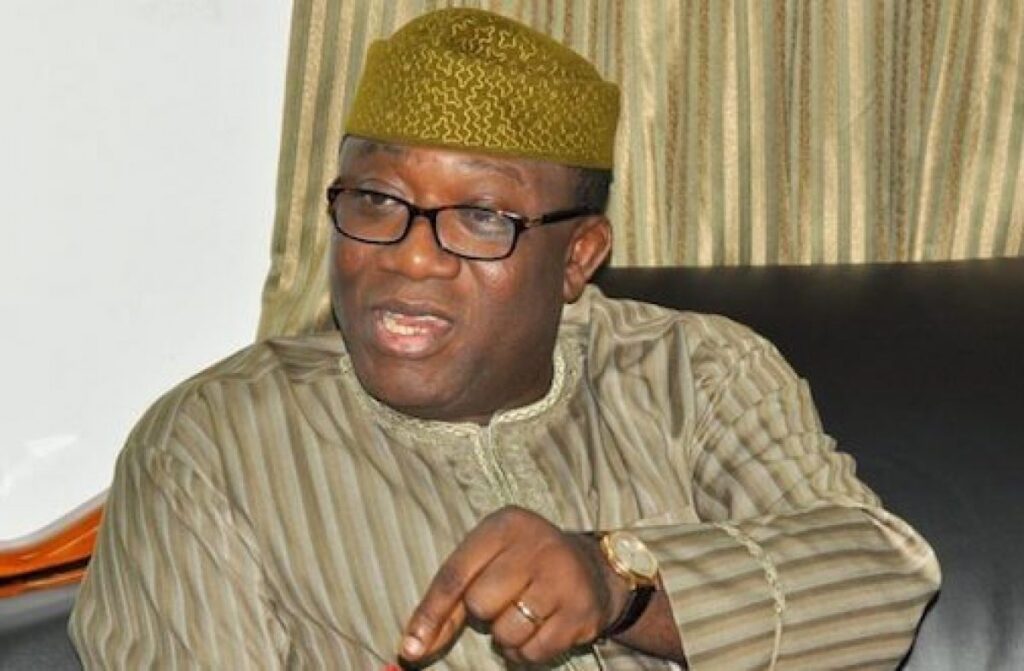 Governor of  Ekiti State , Kayode Fayemi has reacted to his purported suspension by a faction of the All Progress Congress (APC), referring to it as a joke taken too far.

The leaders of an APC faction on Friday announced the suspension of the governor, claiming that five days before the Edo election, he hosted Femi Fani-Kayode of the PDP in the Government House in Ado-Ekiti and planned a coup against Edo APC.

Governor Fayemi in his reaction through his Chief Press Secretary Mr. Yinka Oyebode, said the All Progressives Congress (APC) as a party is governed by laws, adding that members of the group cannot hide under their recent suspension to announce a dubious suspension they lack the locus to handle.

“While one would have dismissed their claims as another failed attempt to polarise the party in the state, it is also important to put it on record that the action of the group smacks of criminal impersonation as none of those who signed the purported suspension letter were executive members of the party at ward, Local government or state level,” the statement added.

“The action is but a joke taken too far as they never had such power they want to arrogate to themselves while they were members of the party, much less now that they have been suspended”.

He urged the public and members of the APC to disregard the news of the purported suspension as it only exists in the imagination of members of the group.

“Dr. Kayode Fayemi remains the indisputable leader of the APC in Ekiti State,” he said.