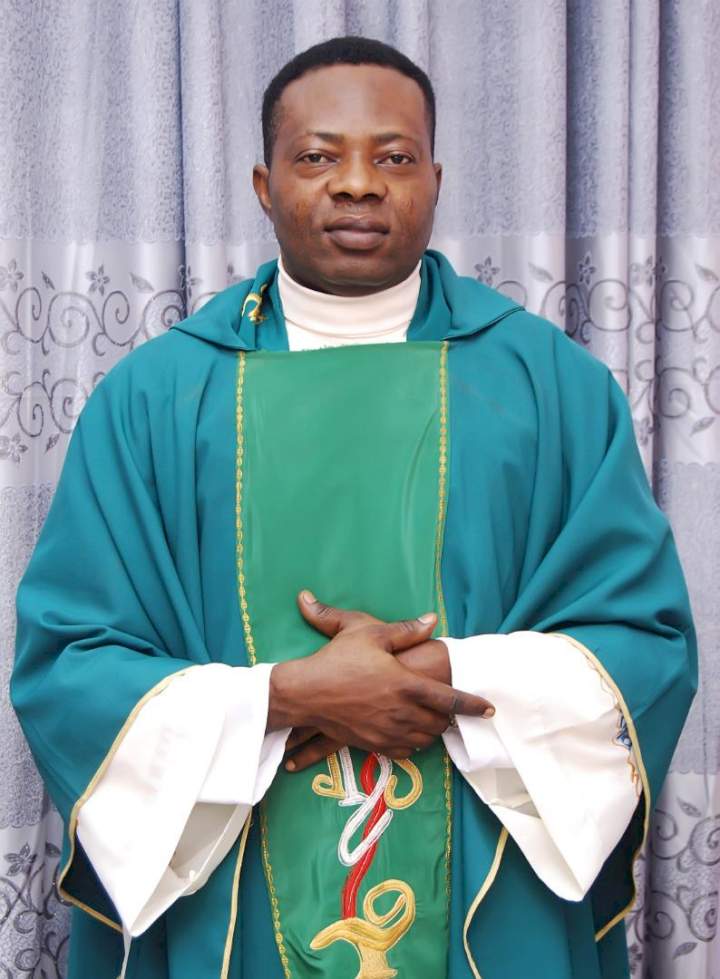 A priest of the Anglican communion in Anambra State who has been identified as Rev Canon LumenCristi Eboh, recently resigned as an ordained priest of the church.

Speaking at a press briefing in Awka, on Monday, March 7, the cleric accused some forces in the church of separating him from his wife, and housed her at an undisclosed place.

He specifically accused his diocesan, Bishop Owen Nwokolo, of w!tch-hunt and land grabbing, and an attempt to arm-twist him into making him a member of the board of a ministry he founded privately.

According to him, “As I speak, my wife is living differently in an apartment paid for by someone who knows that she is someone’s wife. I am only a priest permitted by my communion to enter the sacred institution of marriage.

As a married man, I had very private moments with my wife and we shared endearing words just like every young couple. With the crash of my marriage, I have sought to reorder my life, but those fighting me have even sent young women here in an attempt to use prospects of marriage to malign my character and reputation.”

Eboh, a radio and televangelist, noted that his involvement in charismatic activities was at the centre of his confl!ct with the Bishop, who he accused of high handedness, intimidation and conspiratorial manipulations, leading to his decision to resign.