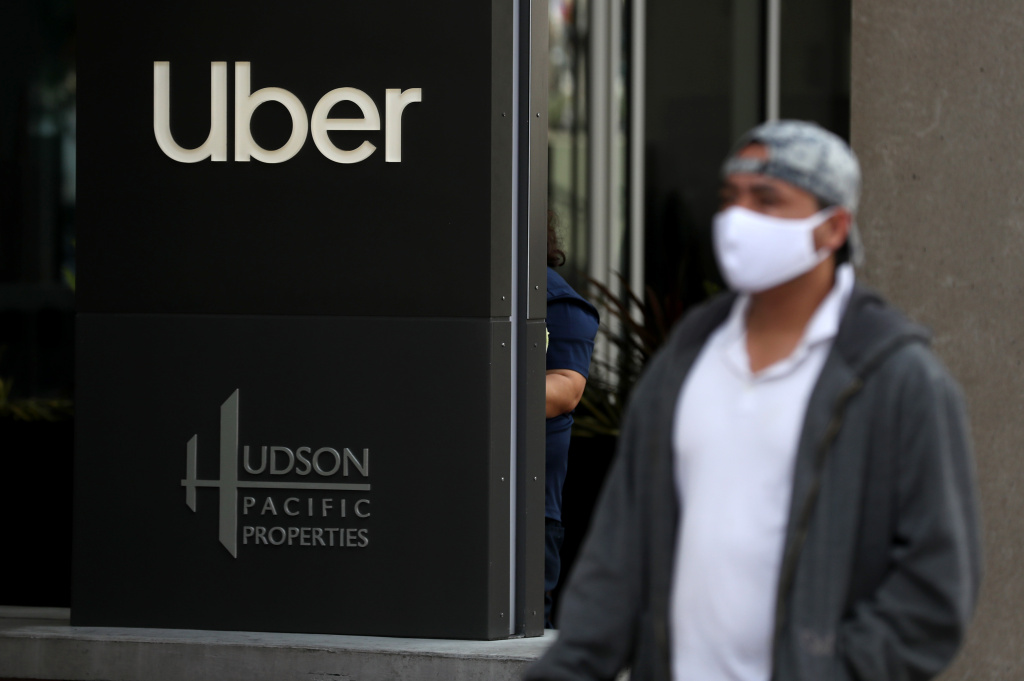 SAN FRANCISCO, CALIFORNIA - MAY 18: A pedestrian walks by a sign in front of the Uber headquarters on May 18, 2020 in San Francisco, California. Uber announced plans to cut 3,000 jobs and shutter or consolidate 40 offices around the world due to severely declining business as the coronavirus (COVID-19) pandemic continues. The cuts come two weeks after Uber cut 3,700 employees. (Photo by Justin Sullivan/Getty Images)
Share
Facebook Twitter LinkedIn Pinterest Email

Uber Technologies Inc on Wednesday extended indefinitely a requirement for drivers and riders on its platform to wear a face covering or mask and launched a new campaign video to educate users about the policy.

The company began requiring masks on May 18 and on Wednesday extended the policy, which was originally slated to run out at the end of June.

“Extending our ‘No Mask, No Ride’ policy is the right thing to do. We want to send a clear message to everyone using Uber that we all have a role to play to keep each other safe,” Uber said in a statement.

A spokesman said not setting an expiration date for the policy was intentional as the company continued to monitor the situation and the spread of the novel coronavirus.

Uber’s stance comes as U.S. infections surge and the debate over public health measures and wearing a mask has taken on a partisan tone in the United States.

The company in a new campaign video showing Uber drivers and food delivery workers said wearing a mask was a way to thank them for their essential services during weeks of lockdown.

Since the requirement took effect in May, Uber drivers have needed to take a selfie to verify they are wearing a mask before starting work. A company executive in May said Uber was looking into developing a similar feature to verify riders’ compliance with the policy.

An Uber spokesman on Wednesday said there were no updates on the rider feature, but that Uber continued to look into the option.

The company said it has completed some 50 million mask detections with drivers and delivery people and completed more than 100 million ride-hail trips since May 18.