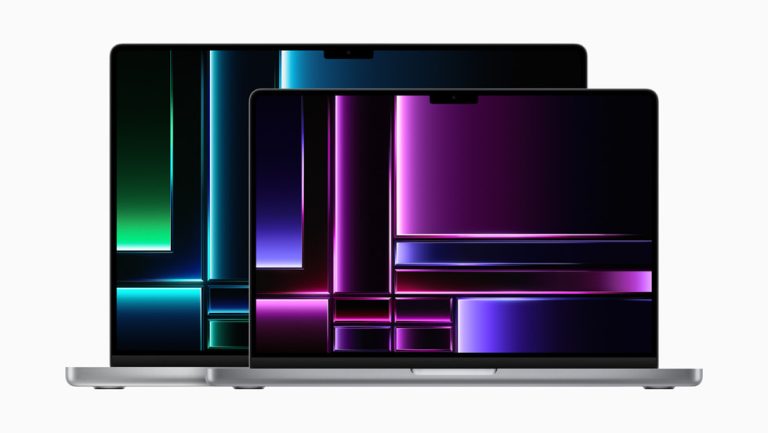 Apple on Tuesday, unveiled new additions to its M-series chips, adding M2 Pro and M2 Max versions, and offering them in updated versions of the 14-inch and 16-inch MacBook Pro and in the Mac Mini desktop.

M2 Pro scales up the architecture of M2 to deliver an up to 12-core CPU and up to 19-core GPU, together with up to 32GB of fast unified memory,” Apple says. “M2 Max builds on the capabilities of M2 Pro, including an up to 38-core GPU, double the unified memory bandwidth, and up to 96GB of unified memory.”

The new MacBooks and Mac Mini share the same design as their predecessors, and these new chips replace the M1, M1 Pro and M1 Max chips in the earlier versions. We’ve previously tested and reviewed M1 Pro and M1 Max versions of the MacBook Pro and the M1 version of the Mac Mini.

The 14-inch and 16-inch MacBook Pro laptops were released in October 2021, and started a shift towards a more structured, squared-off design with a flat lid and sharp corners, rather than the gently bowed lids of previous MacBooks. These models also lacked the touchbar interface of previous MacBook Pro laptops, and that feature remains on only the 2022 M2 13-inch MacBook Pro, which also keeps the older throwback look and feel (for now).

The biggest change, besides the chip generation, is Apple’s promise of battery life of up to 22 hours, which the company says is, “the longest battery life ever in a Mac.” The MacBook Pro also adds Wi-Fi 6E, up from Wi-Fi 6, and an HDMI connection that now supports 8K displays up to 60Hz and 4K displays up to 240Hz.

Apple says the performance from the M2 Pro chip is up to 40% faster than the previous M1 Pro in Photoshop image processing, and that the M2 Max can do effects rendering in Cinema 4D and color grading in DaVinci Resolve up to 30% faster than the M1 Max.

The Mac Mini was last updated in 2020, when it added the M1 chip, shifting away from Intel. The new version offers both the M2 and M2 Pro chips.

It’s worth noting that Apple has also killed off the Intel Mac Mini, a version of which was still available (alongside the M1 version) until this announcement. That leaves the Mac Studio desktop as the final Intel-based Mac you can buy from Apple directly. Some retailers still have stock of the Intel Mac Mini, including Best Buy, if you absolutely, positively need one.

The M2 Pro and M2 Max SoCs take the breakthrough power-efficient performance of Apple silicon to new heights. The M2 Pro scales up the architecture of M2 to deliver an up to 12-core CPU and up to 19-core GPU, together with up to 32GB of fast unified memory while the M2 Max builds on the capabilities of M2 Pro, including an up to 38-core GPU, double the unified memory bandwidth, and up to 96GB of unified memory.

Apple says both the new Mac Mini and MacBook Pro are available to order starting Jan. 17 and will start arriving to customers and stores on Jan. 24.

Other products that could possibly get M2, M2 Pro or M2 Max chip updates later in 2022 include the 24-inch iMac, the Mac Studio and the Mac Pro desktop.

And no, despite some recent rumors, no touchscreen yet.