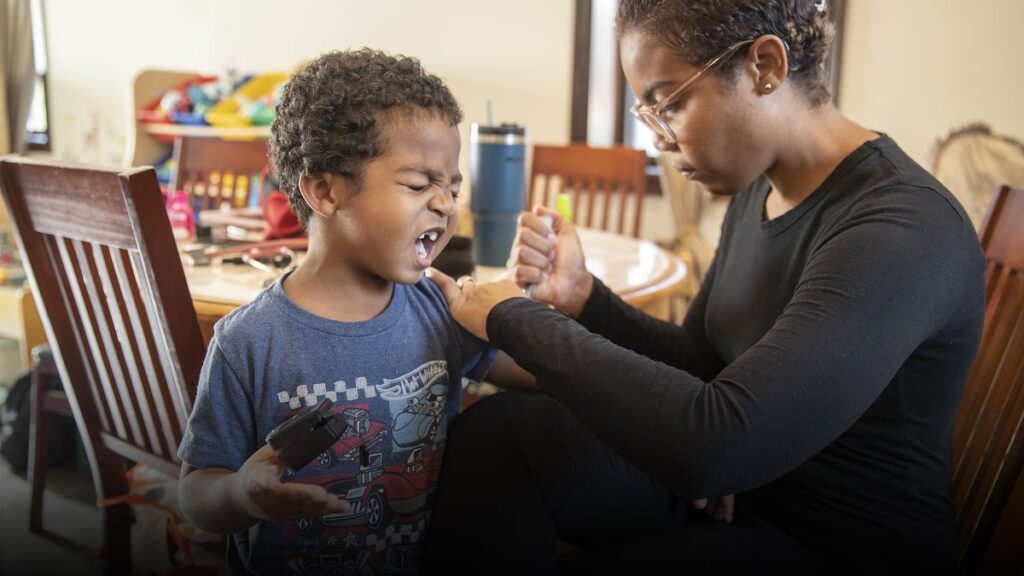 A new study has revealed that the coronavirus disease may be fueling the increase of type 1 diabetes in children, PUNCH HealthWise reports.

According to the study, cases of type 1 diabetes among children almost doubled during the peak of Britain’s COVID-19 epidemic, suggesting a possible link between the two diseases.

The study conducted by researchers from the Imperial College London and reported on Tuesday also called for more investigation to unravel the link between the two conditions.

While the study is based on only a handful of cases, it is the first to link COVID-19 and new-onset of type 1 diabetes in children, with the researchers urging doctors to be on the look-out for more cases.

The study published in the Diabetes Care journal analysed data from 30 children in London hospitals diagnosed with new-onset type 1 diabetes during the first peak of the pandemic.

The period was between 23 March – when the lockdown was implemented in the UK – to 4 June.

According to the researchers, 21 of the children were tested for COVID-19 or had antibody tests to see whether they had been exposed to the virus — and five tested positive for the novel coronavirus infection.

This is compared to an average of just two and four new incidences, respectively, in April and May over the past five years.

“Our analysis shows that during the peak of the pandemic the number of new cases of type 1 diabetes in children was unusually high in two of the hospitals (we studied) compared to previous years,” said Karen Logan, the study author.

The infection is said to be mild in four out of five cases, with young people generally being particularly resilient. One study suggested children are half as likely to catch the virus in the first place, let alone become seriously ill.

A minority of patients develop complications after overcoming the infection, however, with COVID-19 being linked to everything from hearing loss to temporary brain damage.

Although unclear, a protein on the coronavirus may attack insulin-producing cells in a patient’s pancreas, the authors said.

Not all of the 30 youngsters were tested for the pathogen, however, with just five showing evidence of a past or ongoing infection.

Other experts noted the study “raises concern”, but added the evidence is “weak”.

“It appears children are at low risk of developing serious cases of COVID-19 [the disease triggered by the coronavirus], however, we do need to consider potential health complications following exposure to the virus in children.

“When we investigated further, some of these children had active coronavirus or had previously been exposed to the virus”, said Logan

Twenty-one of the youngsters – aged between 23 months and 16 years – were swabbed for the coronavirus after developing its tell-tale fever or cough, of which two came back positive.

Sixteen were tested for coronavirus antibodies – immune-fighting proteins that circulate in the bloodstream, suggesting an infection has already been fought off.

According to the researchers, three of these were positive, implying five of the children were either infected with the coronavirus at the time or had already overcome it.

The scientists stressed, however, this may be an underestimate.

“During the peak of the pandemic widespread access to testing wasn’t available so we may have missed further cases of COVID-19 in these children who have new-onset type 1 diabetes,” said study author Rebecca Unsworth