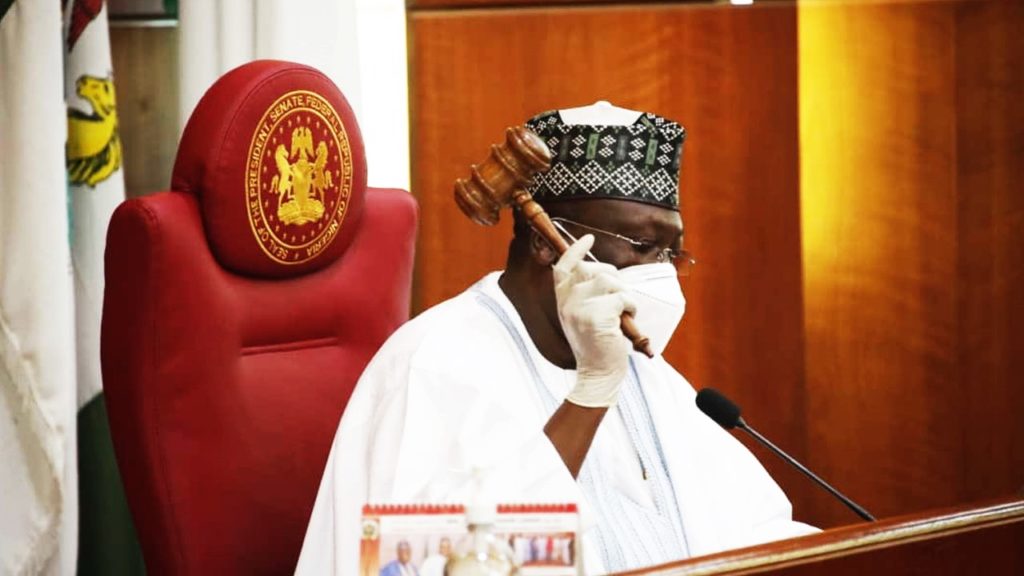 The Senate on Wednesday approved the sum of N168,809,476,220 to fund the proposed Personnel, Overhead and Capital expenditure cost of the Federal Inland Revenue Service (FIRS) for the 2020 fiscal year.

The approval was made after the Senate considered the report of its committee on finance, presented by the chairman, Solomon Olamilekan (APC, Lagos West).

In his presentation, Mr Adeola narrated the budget performance of the FIRS and gave a summary of the 2020 proposed budget.

The committee, he said, observed that “the FIRS operates below the line account used for tax refund and support for the construction of the head office.”

“The committee also frowned at the unnecessary delay in submitting the budget for 2020. However, the current executive chairman explained that they took over the leadership of FIRS in November/December and the budget for 2020 was not ready as at then. And Covid-19 was also responsible for the delay.”

A breakdown of the approved 2020 budget is as follows:

*N180.086 billion projected for four per cent cost of collection;

*N11.279 billion as projected two per cent Cost of Collection ceded to the Nigeria Customs Service;

*N168.80 Net projected four per cent Cost of Collection available rose FIRS to be appropriated by NASS; and

The Senate, thereafter, called for the digitisation of all processes in the administration of tax in FIRS, so as to bring the service up-to-speed with rapidly increasing online economic activities.

The lawmakers said the budget for the fiscal year must terminate on December 31, 2020.

It said, henceforth, the budget of the FIRS for any financial year must be approved by the National Assembly “by the end of October of a preceding year – to ensure strict compliance with the January to December financial year.”