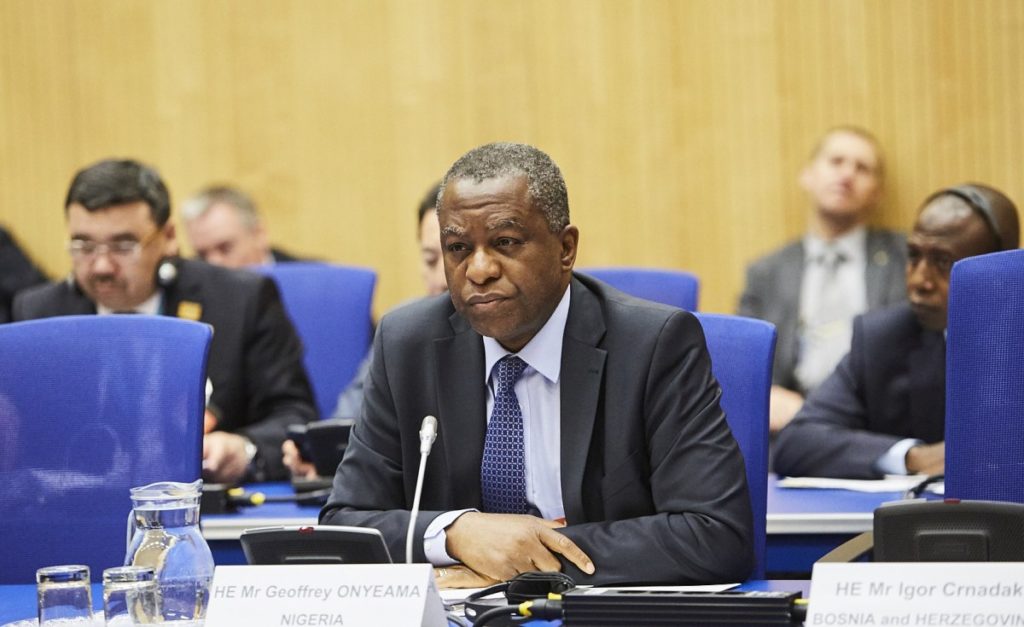 Some Nigerians in Indonesia on Thursday vandalized the Nigerian Embassy in Jakarta, Indonesia over alleged discrimination and infringement of their rights by Indonesian immigration officials.

This is coming barely a week after a building on the premises of the Nigerian High Commission in Accra, Ghana, was attacked by some people.

The Minister of Foreign Affairs, Geoffrey Onyeama, confirmed the attack in a in a two-part tweet on his official handle, saying there is no justification for the attack.

While lamenting the development, he said efforts are being made to identify those behind the “disgraceful” incident and punish them accordingly.

“Absolutely deplorable and disgraceful criminal behaviour by Nigerian hooligans who without justification attacked the Nigerian Embassy in Jakarta, Indonesia today,” the minister said.

“Every effort will be made to identify them and see they are severely punished. Totally unacceptable behaviour.”

In videos trending online, some Nigerians were seen attacking the Embassy and chanting, “Nigeria is not helping us in this country. We don’t have an Embassy. We no go ‘gree.”

Some of them were seen destroying a white bus on the Embassy’s premises with others vandalising windows and doors of the building.

The protesters equally brought down the Nigerian flag and tore it to shreds.