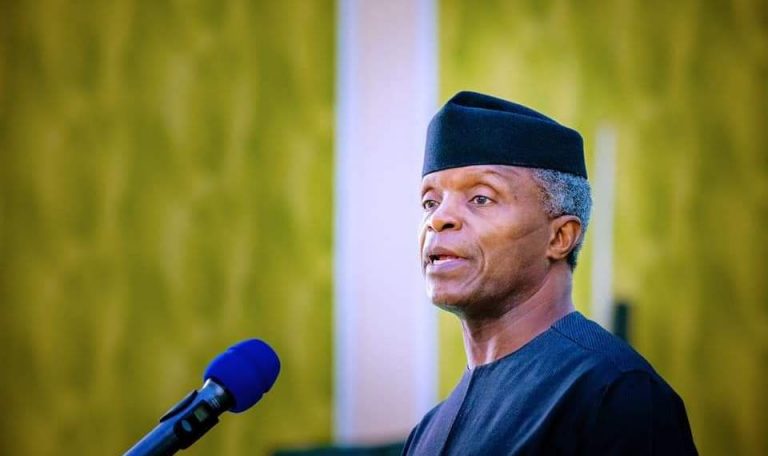 The safe return of Nigerians displaced by the insurgency in the North-East from Cameroon, Niger, and Chad, according to Vice President Yemi Osinbajo, will be treated as an emergency assignment.

He stated this at the inaugural meeting of the Presidential Committee on Repatriation, Returns, and Resettlement of Displaced Persons in the North East, which took place yesterday.

Borno State Governor, Babagana Zulum, his counterpart from Gombe State, Muhammad Inuwa Yahaya, the deputy governor of Yobe State, Idi Gubana, and the President’s Chief of Staff, Prof. Ibrahim Gambari, were among those who attended the meeting presided over by Osinbajo.

Osinbajo urged members to carry out the assignment with every sense of urgency, saying Buhari wanted a committee with wide representation in order to be inclusive, and to be able to deliver, taking to account all the issues.

He said: “We simply don’t have the time to get into too much bureaucracy so that we are able to deliver on all of the issues.”

Osinbajo said efforts to facilitate the return of displaced persons to their communities must continue unhindered.

He said, “We should immediately do whatever it takes to commence the process of repatriating our people back home…There’s no reason why we cannot return our citizens to their homes.”