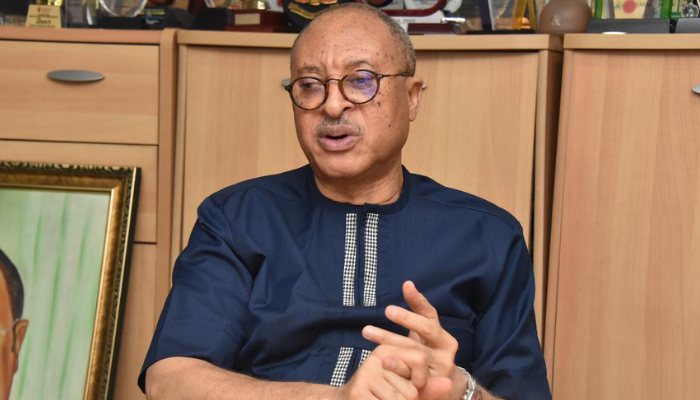 The political-economist, Prof. Pat Utomi, has expressed worries about alleged growing incivility and intolerance ahead of the 2023 general elections.

Utomi, Convener of The BIG-TENT Coalition of Political Parties, Social Movements and Civil Society Organisations for Obi-Datti, stated this in Lagos at the weekend.

He maintained that the nation’s democracy was being threatened with a growing situation, where opposition parties were denied public facilities to hold rallies in some states ahead of the forthcoming general elections.

According to him, the experience of many, who understand the essence of democracy, and are participating in current elections, suggest a significant level of a collapse of civility, growing fascism and polarisation of the country by politicians unwilling or unable to focus on the issue.

Describing Nigeria’s democracy as the collapse of civility, Utomi said that a situation where some state actors used public funds to oppress opposition, called for the need to save democracy from its enemies.

According to him, his campaign experience has equally witnessed intimidation of landlords, religious centres and traditional institutions for allowing opposition to use some of their facilities to hold rallies.

“My experience with campaign of 2023, though marked by the sense of hope from excitement about the organic push of the Obi/Datti movement is, there has been a

drastic decline in civility on the part of many politicians and a crystallisation of cleavage to paint that Nigeria can be getting pushed into a class war that could destabilise our sub-region and push us into anarchy,” he said.

Utomi, a former Director of Lagos Business School, called on Nigerians to vote against political parties that intimidate other parties or prevent democracy from working in 2023.

According to him, there is a need for Nigerian citizens to hold people in public office accountable.

The professor said that as a presidential candidate in 2007, he visited all states of the federation campaigning without intimidation, describing current happenings as contrast.

“Classic examples include, preventing opposition from using public venues for rallies, destroying posters and billboards of the opposition and intimidating landlords from letting out buildings for the oppositions.

“The experience in Delta has been the most scandalous where even churches and traditional rulers describe the government as so vindictive, they could not risk allowing the opposition to use their facilities.

“This compares, so, poorly to my experience campaigning in 2007 when a governor from an opposing party thought our cars could not survive the roads and gave us the use of SUVs from the government house.

“Or even the experience of the 1960s, when Dr. Nnamdi Azikiwe and Chief H.O. Davies would go out to campaign for their two different parties, and in the

evening, one would drive up to the home of the other and pick him up to play tennis and have a glass of beer after.

“Unless we can restore our democracy to rational public conversation or what Waziri Ibrahim would call “politics without bitterness” the polarisation of politics can be the doom of all,” he said.

According to him, it is important, therefore, that Nigerian people save their country by ensuring that they keep people who lack character away from politics.

Stating that 2023 marked his 50 years in active activism since 1973, Utomi said that citizens were just waking up to their duties, “but I don’t think they are doing enough.”

According to him, despite the fact that INEC stopped the Continuous Voter Registration (CVR) too early, over 12 million Nigerians were able to register to participate in the election.

“If INEC had not stopped the registration, I am sure we would have gotten about 20 million new registered voters,” he said.

Decrying decline in security, Utomi called for decentralisation of the nation’s security.