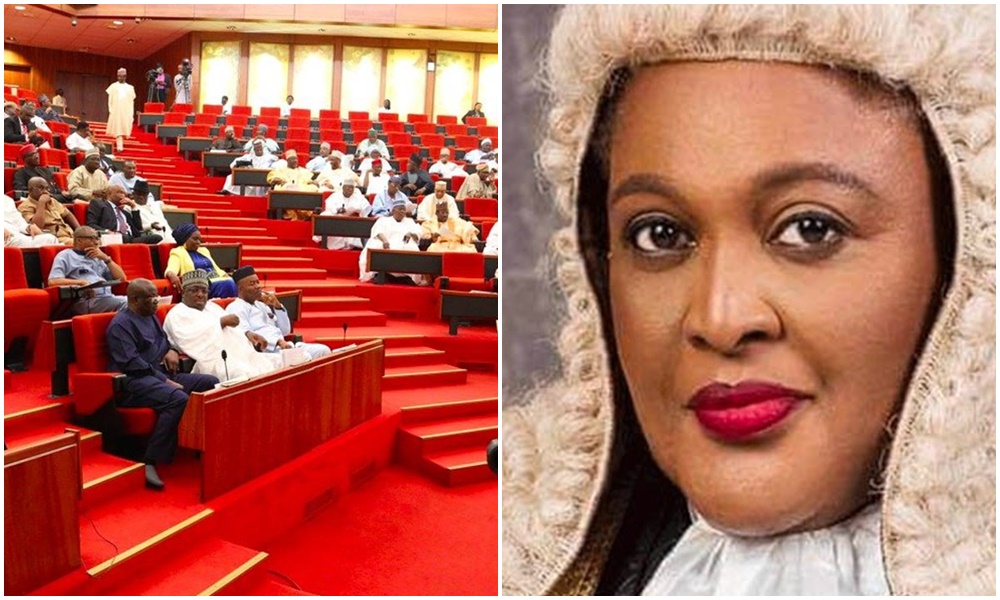 The senate took a stand on the incident after Senator Betty Apiafi representing Rivers west, drew the attention of her colleagues to the invasion.

While moving her motion on the floor of the upper legislative chamber on Tuesday, Senator Apiafi expressed concern that there has been no news on the findings so far made by the police on the invasion. She said; “There is no information on the arrest said to be made.”

Other lawmakers who where also in support of the motion insists that those found culpable must be made to face the full wrath of the law.

They also demanded that the findings on the invasion made by the police must be made public.

Security operatives had on Friday ,  October 29 invaded the house of the supreme Court Justice on the claims that “illegal activities” were going on there

Already, the Attorney-General of the Federation (AGF) Abubakar Malami, and the Economic and Financial Crimes Commission (EFCC) has denied knowledge of the development.

Thereafter, the senate asked Alkali Baba, inspector-general of police (IGP), to disclose findings from the investigation into the incident as soon as possible.