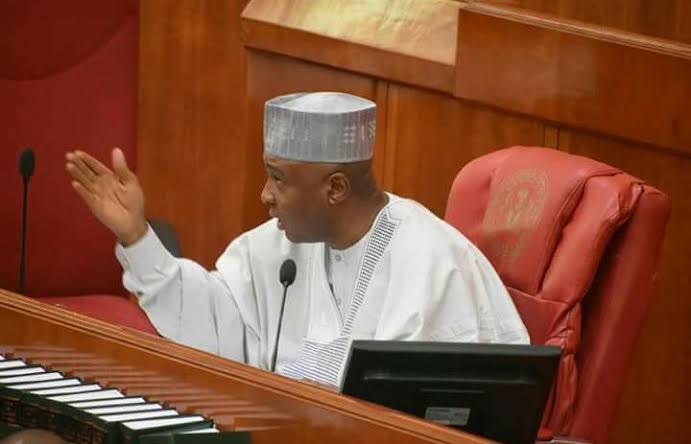 Hagber said they surveyed the number of aspirants contesting the presidency in 2023 and critically looked at the performances of APC/Buhari, and agreed that only Saraki will salvage the country from the ineptitude government of Buhari.

“President Buhari said he will provide effective security of lives and properties, today, Nigerians cannot even travel to a closer town without being in fear and uncertain of what will happen to them,” he said.

“Bukola Saraki would certainly take over the government, organize massive reforms, restructure the mentality of Nigerians, bring back justice because justice has been compromised by the APC regime, which does not respect separation of powers.

“The judiciary and the legislative arms have all come under the control of the executive,” he said.

Prof. Hagba said, “Today, Nigeria is greatly divided along tribe and religion, that is why something urgently must be done to salvage it.

“Nigeria is the poorest nation on earth today. They have failed to make Nigerians happy, we are sad and disgusted. Bukola Saraki who is not corrupt would do the magic and wipe out our tears of Nigerians come 2023.”