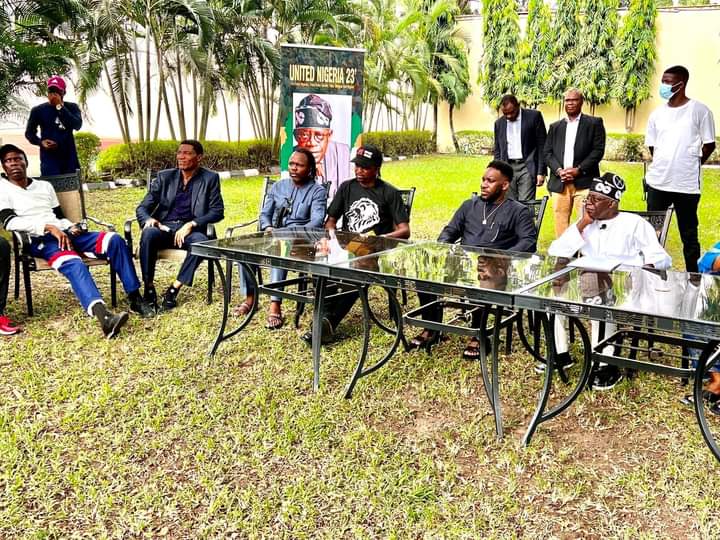 Omoyele Sowore, a presidential aspirant, under the platform of the African Action Congress, AAC, has berated former Super Eagles players for paying a visit to a former Lagos State Governor and National Leader of the All Progressives Congress, APC, Asiwaju Bola Ahmed Tinubu.

Sowore, in a post on his verified social media accounts, described the senior players’ visit to Tinubu, who is pursuing the APC’s presidential ticket, as one “driven by hunger.”

On Saturday, the former Super Eagles players met with Tinubu at his home, ahead of the novelty football match scheduled for Sunday at Onikan Stadium in Lagos State.

The ex-Super Eagles players will take part in a novelty match to mark Tinubu’s 70th birthday.

The novelty match is expected to feature 17 former Nigerian internationals.

“I used to think Victor Ikpeba was a smart person! Shame on these ex-soccer Super Eagles players! Imagine sending them to play for Nigeria as a team in the World Cup after they’ve expired?”