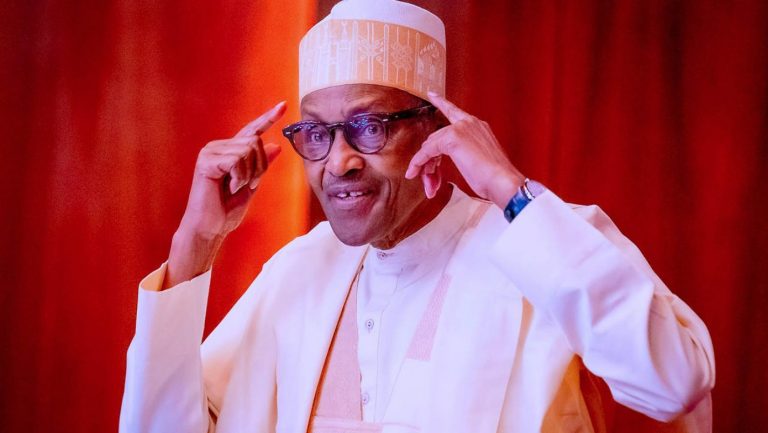 President Muhammadu Buhari says there is no going back on the planned redesign of the N1,000, N500 and N200 bank notes, adding that politicians won’t be allowed to mobilise resources and thugs to intimidate voters in the 2023 general elections.

The President made this known on Wednesday in an interview in the United Kingdom after meeting with His Royal Majesty, King Charles III in Buckingham Palace.

Buhari also said enough time has been given by the Central Bank of Nigeria (CBN) for Nigerians to deposit the present naira notes at banks in exchange for the newly redesigned ones which will be issued by December 15, 2022.

“On this change of currency, there will be a lot of money but time has been given from October to December, three months is enough for whatever money you have, to get it changed through the legal system.

“So, I don’t know why people are complaining about it,” the President said.

He also said the policy announced by the CBN Governor, Godwin Emefiele on October 26, 2022 has come to stay.

“No going back,” Buhari said of the decision to redesign the three naira notes.

“My aim is to make sure that Nigerians believe that we respect them as an administration.

“So, Nigerians should vote for whoever they like from whichever political party. Nobody will be allowed to mobilise resources and thugs to intimidate people in any constituency. That is what I want to go down in Nigerian history for as a leader.”

The CBN governor had said the new and existing currencies will remain legal tender and circulate together until January 31, 2023.

The Minister of Finance, Zainab Ahmed subsequently said the CBN did not consult her ministry before taking the decision, warning that there will be consequences.

Though the CBN said it followed due process for the redesigned notes, experts feared that the move will trigger higher demands for foreign currencies as money launderers, ransom-taking kidnappers, and those who stashed naira notes in their homes will flood the parallel market in exchange for dollars and pounds.

Amid the row between the finance minister and the apex bank, Buhari had said backed the move to redesign the three notes. Presidential spokesman, Garba Shehu in a statement said the “reasons given to him by the CBN convinced him that the economy stood to benefit from the reduction in inflation, currency counterfeiting and the excess cash in circulation”.

However, the Peoples Democratic Party and some prominent Nigerians including Governor Godwin Obaseki of Edo State and the  General Overseer of the Redeemed Christian Church of God (RCCG), Pastor Enoch Adeboye, have criticised the government’s policy, saying has no basis in economics.