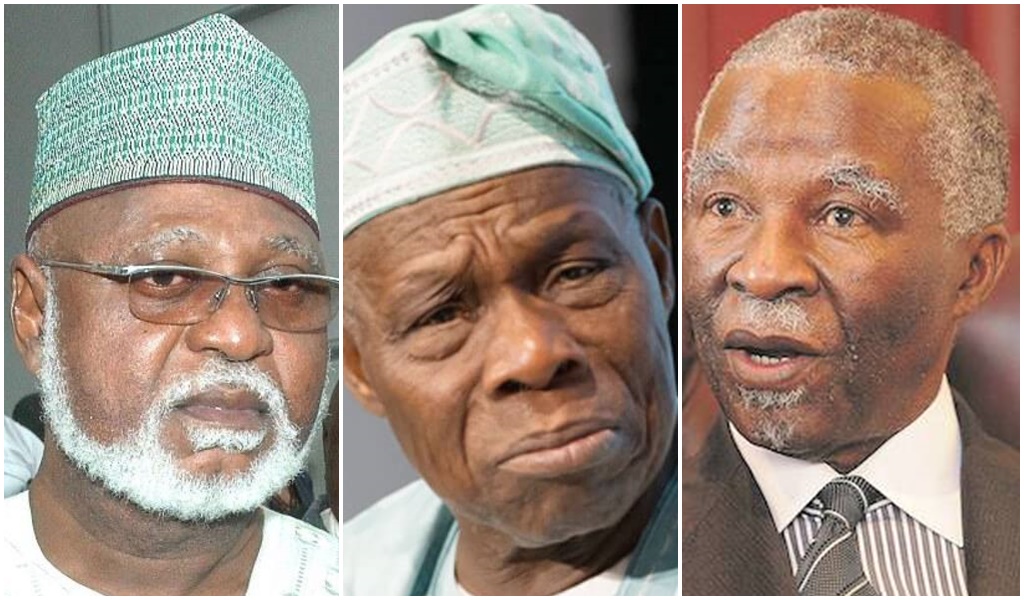 Mbeki revealed this when he spoke virtually at the Abdulsalami Alhaji Abubakar Festschrift Conference held in Abuja on Thursday, stating that former President Olusegun Obasanjo’s third term bid as President of Nigeria was fatal for African democracy, The Cable reports.

The second post-apartheid president of South Africa had engaged Abubakar on the developing situation after he had put a call through to Obasanjo expressing his displeasure over his proposed bid to change the constitution.

He said, “As a privilege to reiterate the commitment of general Abubakar to democracy in Nigeria in 2006, more than five years after he had handed over powers to Olusegun Obasanjo, the constitution on whose basis president Obasanjo was elected described a two-term limit for the head of state, and since he [Obasanjo] had been elected for the second time, this meant that he would end his term in 2007.

“But some time before, in 2005, a campaign began in Nigeria to amend the constitution to allow for three presidential terms. This developed to a point that the draft of the proposed amendmen/-pot had been presented to the Nigerian parliament as papers.

“When I heard about this development, I engaged Obasanjo to communicate my unease at the proposal. In the end, I discussed it with General Abubakar, and we agreed that the proposed amendment was undesirable.”

Mbeki added he and the former military Head of State were in agreement and decided to follow the developing situation.

He, however, expressed his delight when he was informed that the bill was not passed by the Nigerian Senate calling Abubakar, “a defender of democratic order and the peace and unity of Nigeria, as well as the welfare of all its people”.

“We shared the view that the amendment must be avoided at all costs. We were of one mind that it spells bad both for Nigeria and the rest of the continent, tampering with and compromising our democratic system, which is just a few years old.