“He Does Not Have the Quality of A Governor in A State like Osun.” – Osun Guber to Adeleke 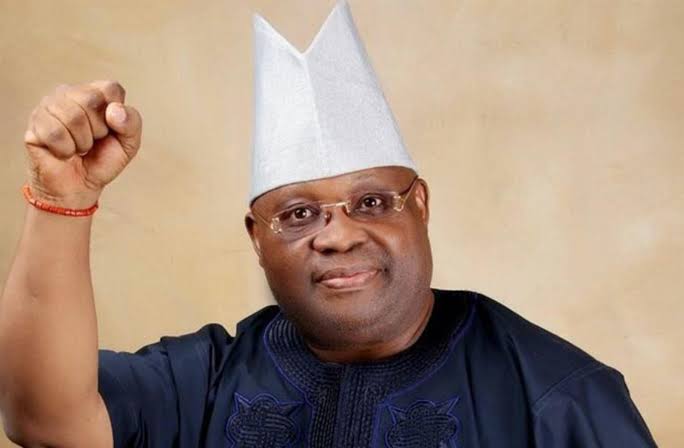 The All Progressives Congress (APC) has taken a swipe at Senator Ademola Adeleke ahead of the July 16 Osun gubernatorial election.

APC said Adeleke, a candidate in the upcoming election will do better in the Nollywood industry.

This was made public in a statement by the Osun APC Director of Publicity, Research and Strategy, Barrister Kunle Oyatomi.

Oyatomi said Ademola with his dancing skill will do better as an entertainer and should shelve his political ambition.

The APC again challenged Adeleke to engage himself in research work, in all the nooks and crannies of Osun on developmental projects and programmes being executed by the State governor.

Oyatomi also enjoined Adeleke to start his research from his home town, Ede, and tell the whole world how Edeland had immensely benefited from Oyetola’s projects.

The statement said: “For God’s sake, we don’t know who is pushing Ademola to be governor of the State of Osun. He has neither the understanding, nor the quality of a governor in a State like Osun. He could have done better as an entertainer in Nollywood, afterall, that’s what he wanted to be.

“We have said it sometime ago that by the time Governor Oyetola spent 2 years in office, people of Osun, including the opposition members, would literally beg him to continue in office after his first term. So, the people would rather be glad to have Oyetola than Ademola in Abere.

“What PDP has made of itself in Osun is not only a shame to democratic politics in Nigeria,” the statement added.

The APC stressed that Ademola is not worthy of being in charge of the government, because he has nothing to offer the people of the State.