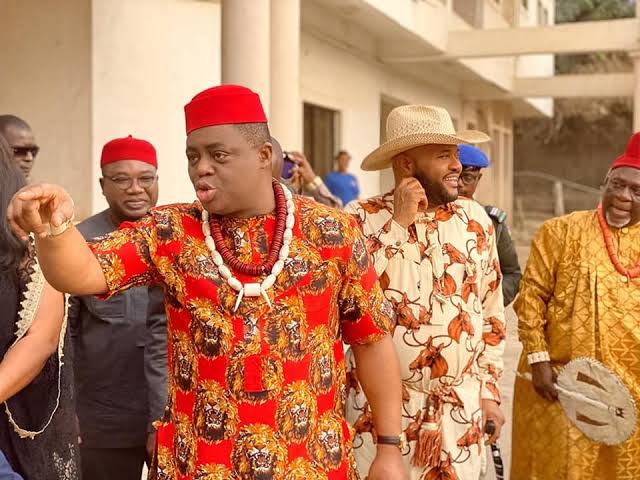 Femi Fani-Kayode, a former minister of aviation, says some politicians are planning to “destroy” the All Progressives Congress (APC) and Peoples Democratic Party (PDP) in a bid to form a third force for the 2023 elections.

Fani-Kayode spoke on Monday in an interview with Channels Television.In the ruling APC, some party members have accused the Mai Mala Buni-led caretaker committee of “holding tight” to the leadership structure of the party over the delay in organising the party’s national convention.

However, on Monday, APC announced that its national convention has been fixed for March 26 — instead of February 26 as earlier announced.

Speaking on the comments against Buni, the former minister stated that it is unfair to criticise the Yobe governor over the national convention without considering the challenges in the ruling party.

The bottom line is this:

If Mai Buni did not have integrity, this party would have sunk long ago. I know for a fact that there are many elements within the PDP that try to literally convince, literally bribe him to ensure that many of the people that crossed over and joined the APC did not do so,” he said.

“They tried very hard to stop some of us from leaving. That is the fact. He did not succumb to that. He did the right thing. He reached out to people across the board and brought them on board.

“You must also appreciate the challenges he is facing. The first challenge is this — there are forces within the party, I dare say, that are hell-bent on hijacking the convention by imposing their own candidates.

“There are elements in the party that want to be president at all cost and they are hell-bent on forcing a quick convention and using whatever resources they have to impose their own candidates so that they can now come in 2023 as the party’s flagbearer.”

“There is another force which is even more dangerous than that and that is a coalition of outside the party and within the party who have come together and whose resolve is to destroy the APC at all cost, force a convention, let the whole place fall apart and therefore create a third force in order to fight the APC and the PDP.

“If you look at the PDP, there are elements fighting within as well — very strong fight going on. They are planning to form a third force to take us all on. These are issues people have to appreciate.”