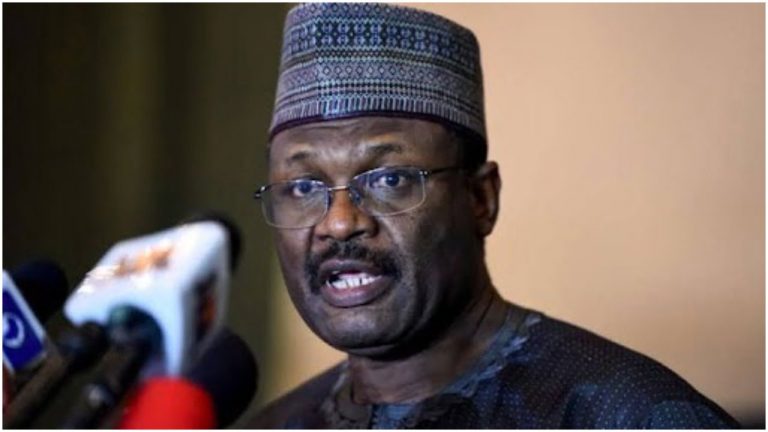 The Federal HIgh Court in Abuja on Monday issued an interim order restraining the Independent National Electoral Commission (INEC) from going ahead with its plan to end the ongoing voter registration exercise on June 30.

The judge, Mobolaji Olajuwon, made the interim order in a ruling on an application for an interim injunction by the Socio-Economic Rights and Accountability Project (SERAP) and 185 other concerned Nigerians.

The applicants had urged the court to extend the voter registration period to avert illegal disenfranchisement of many yet-to-be-registered Nigerians willing to vote in various elections.

According to a statement by SERAP on Monday, the applicants filed the suit after INEC to extended the deadline for the conduct of primaries by political parties by six days, from June 3 to June 9, but failed “failed to also extend the online pre-registration which ended May 30, 2022 and the Continuous Voter Registration (CVR) ending June 30, 2022.”

The statement disclosed further that the court, after granting the applicant’s request for an interim order extending the voter registration deadline, adjourned the case until June 29.

The Federal High Court in Abuja has stopped the Independent National Electoral Commission (INEC) from ending voter registration on 30 June 2022.

SERAP and 185 concerned Nigerians had early this month filed the lawsuit against INEC asking the court to “declare unconstitutional, illegal, and incompatible with international standards the failure of the electoral body to extend the deadline for voter registration to allow eligible Nigerians to exercise their rights.”

In the suit, SERAP had asked the court for “an order restraining INEC, its agents, privies, assigns, or any other person(s) claiming through it from discontinuing the continuous voters’ registration exercise from the 30th June 2022 or any other date pending the hearing and determination of the motion on notice.”

The suit is adjourned to 29th June, 2022 for the hearing of the Motion on Notice for interlocutory injunction.

The suit followed the decision by INEC to extend the deadline for the conduct of primaries by political parties by six days, from June 3 to June 9. But the commission failed to also extend the online pre-registration which ended May 30 2022 and the Continuous Voter Registration (CVR) ending 30 June 2022.

In the suit number FHC/L/CS/1034/2022 filed at the Federal High Court, Lagos, and transferred to Abuja, SERAP is asking the court to determine “whether the failure of INEC to extend the deadline for voter registration is not a violation of Nigerian Constitution, 1999 [as amended], the Electoral Act, and international standards.”

SERAP is asking the court for “a declaration that the failure of INEC to extend the deadline for voter registration is a violation of eligible Nigerians’ rights to participate freely in their own government, equality and equal protection.”

SERAP is also asking the court for “an order of mandamus to direct and compel INEC to extend voter registration by a minimum of three months and take effective measures to ensure that eligible Nigerians are able to register to exercise their right to vote in the 2023 general elections.”

The suit, read in part: “Enforcing unrealistic voter registration deadline while extending the deadline for party primaries would deny and abridge the constitutional and international human rights of eligible voters.”

“INEC mandates ought to be exercised in a fair, just and non-discriminatory manner. The extension of voter registration would ensure that Nigerian voters are treated equally and fairly. The future of Nigeria’s democracy depends on it.”

“Voters are also critical stakeholders in the electoral process. Treating all eligible Nigerian voters fairly would advance the people’s right to vote and to participate in their own government.”ⓘ

“One of the people’s most sacred rights is the right to vote. The commission has a constitutional and statutory responsibility to ensure the effective exercise of the right of all eligible voters to participate in their own government.”

“Extending the deadline for party primaries without providing adequate time and opportunity for eligible voters to register and participate in the 2023 general elections would amount to an unfair and discriminatory treatment of Nigerian voters, and violate other human rights.”

“Extending the voter registration deadline would provide more time for eligible voters, including young people, the elderly, people living with disability, as well as those resident in states facing security challenges and living in IDP camps to participate in the 2023 elections.”

“Extending the deadline for voter registration would be entirely consistent with constitutional and international standards, and the Electoral Act. Any such extension would also not impact negatively on INEC’s election calendar and activities.”

“The public perception of the independence and impartiality of INEC is essential for building public confidence in the electoral process, and ensuring the credibility and legitimacy of the 2023 elections.”

“Where Nigerians have doubts about the independence and impartiality of INEC, they are more likely to have less confidence in the electoral process thereby undermining democracy.”

“Extending the deadline for voter registration would also be justified, given reports of challenges in the voter registration exercise, especially for young people, the elderly, persons living with disabilities, and those resident in states facing security challenges and living in internally displaced persons (IDP) camps.”

“The will of the people is expressed through democratic elections. This requires that people should be afforded adequate time and opportunity to register to vote. Extending the voter registration deadline is crucial for promoting the independence and impartiality of INEC and building public confidence in the electoral process.”

“The Nigerian Constitution 1999 (as amended) provides in Section 14(1)(c) that, ‘the participation by the people in their government shall be ensured in accordance with the provisions of this Constitution.’”ⓘ

“Section 9(6) of the Electoral Act 2022 provides that ‘the registration of voters, updating and revision of the Register of Voters under this section shall not stop not later than 90 days before any election covered by this Act.’”

“These human rights treaties also require states parties including Nigeria to ensure the independence and impartiality of national electoral bodies responsible for the management of elections, as well as to promote the establishment of the necessary conditions to foster citizen participation.”

“The right of people to participate in their government is a fundamental feature of any democratic society, and any undue restriction of the right would strike at the heart of representative government.