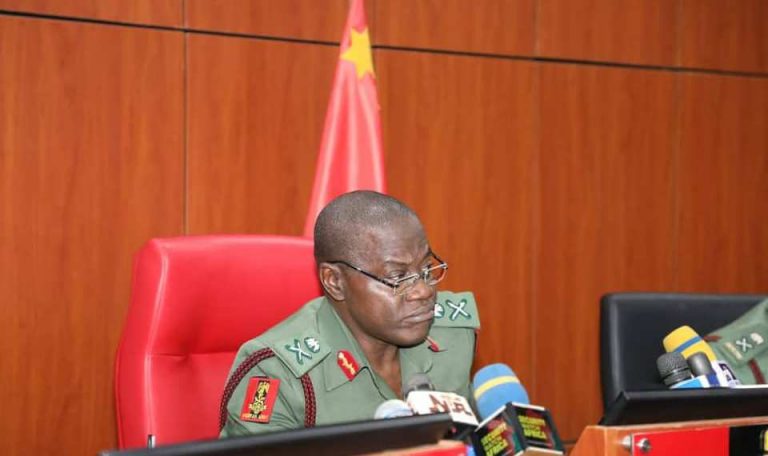 Chief of Army Staff, Lieutenant General Farouk Yahaya has warned troops of the Nigerian Army to avoid being dragged into politicking as electoral activities intensify ahead of the 2023 general elections.

He gave the charge in Uyo, the Akwa Ibom State capital while addressing troops during his operational tour of two brigade Area of Responsibility (AOR) on Tuesday.

A statement signed by the Director of Army Public Relations, Brigadier General Onyema Nwachukwu, said Lieutenant General Yahaya also admonished the troops to remain focused in the conduct of ongoing internal security operations across the country.

He reiterated that the role of troops during elections is to provide support to the Nigeria Police, which is the lead agency in the security architecture during elections.

The army chief charged the troops to remain resolute in protecting the territorial integrity of the country and the citizens.

He also urged them to remain committed to vigorously protecting national economic assets by checking the activities of criminals and economic saboteurs, who are bent on sabotaging the oil and gas sector of the nation’s economy.