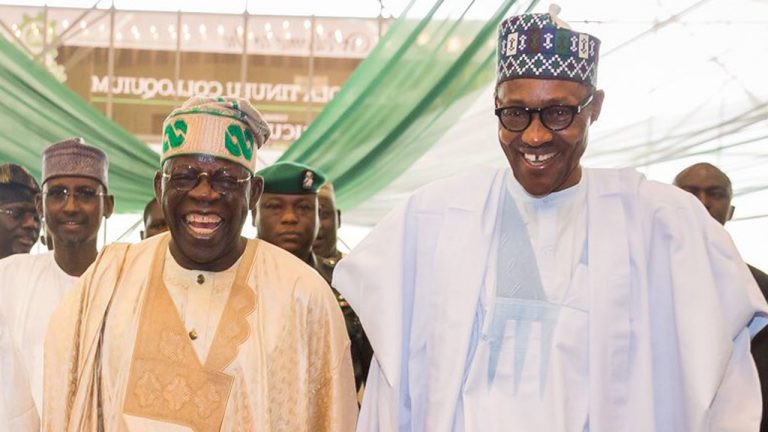 President Muhammadu Buhari says the All Progressives Congress (APC) is lucky to have former governor of Lagos State, Bola Ahmed Tinubu as its presidential candidate for the 2023 general elections.

The President stated this on Wednesday in an interview in the United Kingdom after meeting with His Royal Majesty, King Charles III in Buckingham Palace.

“Tinubu, the presidential candidate, a very well-known politician in the country, he was a two-term governor in Lagos State, the most resourceful state and the most visited state. So, I think the party was lucky to get him to be the candidate.”

The President also said there is no going back on the planned redesign of the N1,000, N500 and N200 bank notes, adding that politicians won’t be allowed to mobilise resources and thugs to intimidate voters in the next elections.

He said the policy announced by the Governor of the Central Bank of Nigeria (CBN), Godwin Emefiele on October 26, 2022 has come to stay.

“No going back,” Buhari said of the decision to redesign the three naira notes.

“My aim is to make sure that Nigerians believe that we respect them as an administration.

“So, Nigerians should vote for whoever they like from whichever political party. Nobody will be allowed to mobilise resources and thugs to intimidate people in any constituency. That is what I want to go down in Nigerian history for as a leader.”

Buhari, who is in the UK for “routine medical check-up”, said his visit to the 73-year-old monarch was to foster Nigeria-Britain bilateral relationship.

King Charles III had written to the Nigerian president, sympathising with him over the devastating floods that have killed hundreds and displaced millions in the West African nation.

Tinubu’s path to being the APC flag bearer at the party’s keenly contested presidential primary early June was paved with intrigues with many of the view that the President would endorse one of the top chieftains of the party like Vice President Yemi Osinbajo; Senate President Ahmad Lawan and former Minister of Transportation, Rotimi Amaechi.

However, the President did not anoint any of the over 20 aspirants that jostled for the party’s ticket at a special convention held in Eagle Square, Abuja in June.

More than 2,300 delegates voted in the contest that produced Tinubu, who polled a total of 1,271 votes – over four times the votes scored by his closet rival, Amaechi who had 316 votes.

Osinbajo, Lawan, and Governor Yahaya Bello of Kogi State came behind the duo with 235, 152, and 47 votes respectively.

Having jumped the first hurdle, Tinubu, 70, is confronted with yet another hurdle next February. The ex-governor, who forged alliance with northern governors to brighten his chances in the north which boasts of numerical voters’ strength, has come under heavy criticism over his choice of a fellow Muslim as running mate, Kashim Shettima.

Tinubu is in the 2023 contest for Aso Rock’s top job alongside frontline contenders like Atiku Abubakar of the Peoples Democratic Party (PDP) and Peter Obi of the Labour Party (LP) in the contest many analysts have described as a three-horse race.