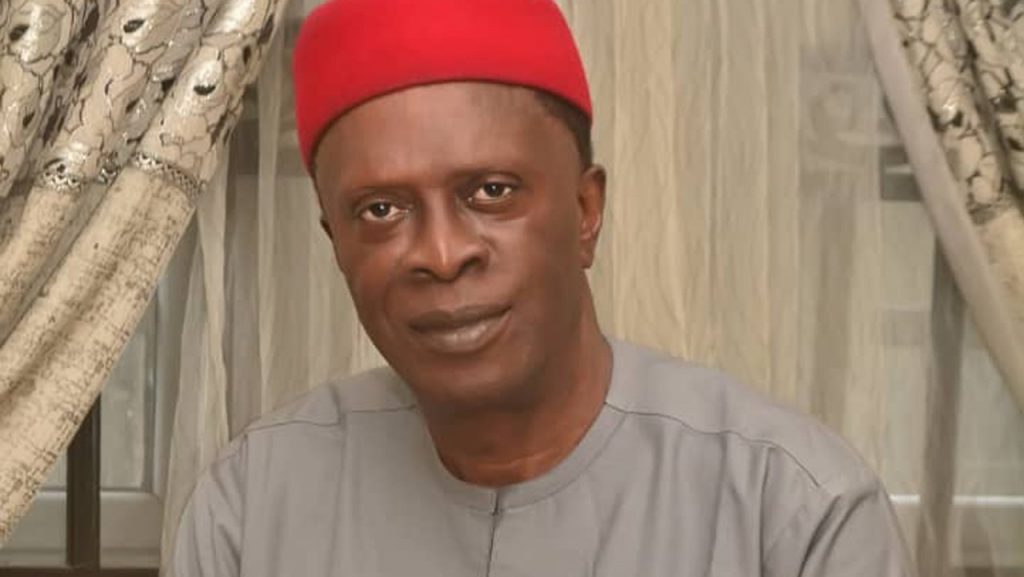 The chairman of the All Progressives Congress of Anambra State Chapter, Chief Basil Ejidike, has been suspended.

The suspension was announced at a press conference in Awka, the Anambra State capital on Thursday by Okonkwo Okom, a stakeholder of the party.

He said Ejidike was suspended because he refused to convene a state congress of the party to tackle pressing and urgent matters, despite repeated demands to do so as stipulated by the party’s constitution.

His press statement read in part, “That Mr Basil Ejidike be and is hereby suspended forthwith from office as the Caretaker Chairman of All Progressives Congress in Anambra State, pending his appearance before a Disciplinary/Fact-Finding Committee of the Party.

“That the next most senior available official of the party in the state is mandated to convene an emergency meeting of the state executive committee in consultation with the leader of the party in Anambra State, Dr Chris Ngige, within the next 14 days from the date hereof to discuss the modalities for strengthening and repositioning the All Progressives Congress and for moving the party forward in Anambra State.

“That Mr Basil Ejidike shall be referred to the Disciplinary/Fact-Finding Committee of the party in the state as prescribed by the APC constitution to answer to charges of abuse of power and office, diversion and conversion of party property, flagrant sabotage, subversion and breach of the party’s constitution, insubordination and disrespect to the Office and person of the President and Commander-in-Chief of the Armed Forces of Nigeria, embezzlement and misappropriation of party’s funds, among other charges.

“That as required by the party’s constitution, these resolutions shall be immediately transmitted to the National Caretaker and Extra-Ordinary Convention Planning Committee for immediate implementation.

Reacting, Ejidike described the action as laughable. According to Tribune Online, Chief Ejidike dismissed the suspension contending that those that spoke to reporters are not members of the State Executive Committee of the party.

He said, “Those people are not members of our party. They are renegades who left the party after our primaries in June. They can’t suspend me.

“As I’m talking to you I’m at the National Secretariat of our party in Abuja. Their claim is laughable. What is the position of the person that convened the meeting that sacked me? They are trying to see if they can instigate a crisis in our party; that is their only interest.”

“They engaged in anti-party activities that led to the failure of APC during the just concluded governorship election in the state.