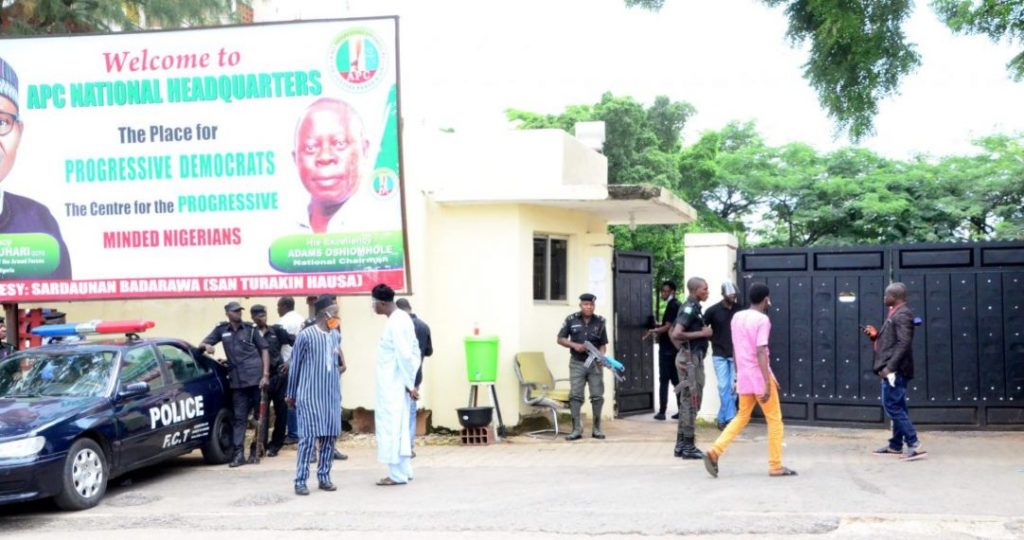 The Nigeria Police Force sealed the National Secretariat of the All Progressives Congress (APC) in Abuja on the orders of the Inspector General of Police, Mohammed Adamu on Tuesday.

Syncnewsng reports that the seal-off came as a means to ensure peace among the members of the party as the IGP sets to meet with the feuding members today.

However, due to Mr Ajimobi’s unavoidable absence, the NWC appointed the National Vice Chairman, South-South, Hilliard Etta to act on his behalf.

Meanwhile, the embattled National Chairman, Oshiomhole, says he has accepted the verdict of the Court of Appeal which upheld his suspension.

He noted that his next line of action will be determined by his lawyers.

“We thank their lordships, they have given their judgement. In our democracy, the court is an independent arm of government.

“When they hand that judgment, it is not for you to pick whether you will obey or not. I accept their judgement in good fate.