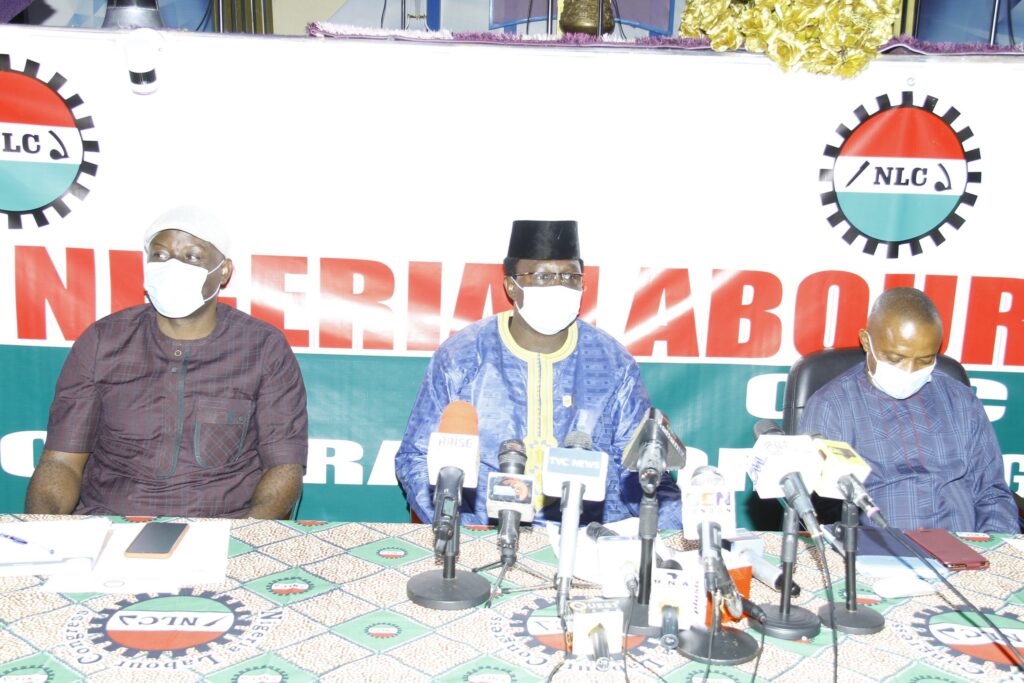 The leaders of the Nigeria Labour Congress (NLC) and Trade Union Congress (TUC) allegedly staged a walk-out from a meeting with some Ministers representing the federal government, barely five minutes after the meeting started on Sunday, November 22, 2020.

According to Channels Television, before the closed-door meeting, President of the Trade Union Congress, Quadri Olaleye, had alleged that the federal government was dishonest, playing to the gallery, and painting the organised labour in a bad light before civil servants and the public.

According to Olaleye, the meeting’s agenda were the issues surrounding the hike in the price of fuel and electricity tariffs.

“This meeting is not going to be as usual,” Olaleye told Channels Television. “Why, because we have seen the insincerity of government and it’s putting us at risk. They are taking us for a ride, which cannot continue.

“We are in the process of discussing, for over three months now. And they made announcement increasing the fuel price again. And no other person than NNPC. When has authority been giving to NNPC to increase the price of PMS? This is unacceptable.

“The meeting agenda is not well prioritised. And because of that, we are leaving the meeting. We will not continue, we will go back to our organ, and we are going to get back to you on the next line of action.”

“We felt that the item of increase in PMS, having been listed at all as an additional item, would have satisfied everybody,” labour minister, Ngige said after the walkout.