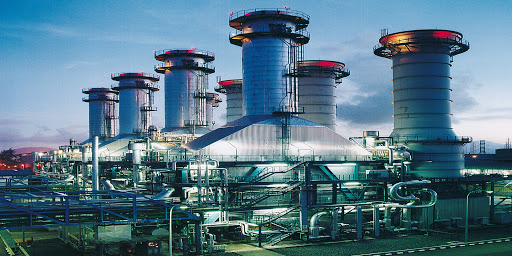 Three neighbouring countries bought a total amount of electricity worth $81.48bn from Nigeria in the last two years, even as many households and businesses in the country continued to suffer blackout, ’FEMI ASU reports

The invoices given to the Republics of Togo, Niger and Benin for the electricity supplied to them from Nigeria in 2018 and 2019 totalled $81.48bn, an analysis of data obtained from the Nigerian Electricity Regulatory Commission has shown.

Niger bought electricity worth $26.03bn in the two-year period while Togo and Benin imported $55.45bn electricity from Nigeria.

Power generation in the country has been hovering between 3,000 megawatts and 4,500MW in the past few years, despite the privatisation of the sector in 2013.

The national grid has continued to suffer system collapse over the years amid lack of spinning reserve that is meant to forestall such occurrences. Between November 1, 2013 and May 2020, the number of total grid collapse recorded was 83 while the grid partially collapsed 25 times.

However, Nigeria, through some of its power plants, sell electricity to the neighbouring countries, which are classified as international customers.

Communaute Electrique du Benin, a power firm owned by Togo and Benin, received a total invoice of N9.74bn for the power supplied to it in Q1; N7.16bn in Q2; and N2.27bn in Q3 but none in Q4.

According to NERC’s quarterly reports, the international customers did not make any payments in each of the four quarters of 2019.

“During the quarter under review, the special and international class of customers made no payment to the Nigerian Bulk Electricity Trading Plc and the Market Operator,” NERC said in its fourth-quarter report.

“The Federal Government has continued to engage the governments of neighbouring countries benefitting from the export supply to ensure timely payments for the electricity purchased from Nigeria,” the regulator added.

The total amount of electricity generated by power plants on the national grid as of 6am on Saturday stood at 3,219MW, according to the Nigerian Electricity System Operator.

Nine of the 27 power plants did not generate any megawatts of electricity as of 6am on Saturday, with 2021.7MW generation capacity left unused.

The system operator put the nation’s installed generation capacity at 12,910.40MW; available capacity at 7,652.60MW; transmission wheeling capacity at 8,100MW; and the peak generation ever attained at 5,375MW.

“Among households, electricity access is still limited in Nigeria (around 56 per cent). Yet, access is often unreliable since electricity supply suffers from frequent outages,” the World Bank said in a recent report.

The report noted that rural areas were particularly hit by blackouts, where number of interruptions in supply were almost double of that in urban areas.

It said, “Electricity is reported to be a major constraint by businesses. Around 27 per cent of enterprises identify electricity as the main obstacle to doing business, which is more than twice the sub-Saharan Africa average.

“For business consumers, improved reliability of power will reduce losses due to outages, and reduce expenditure on alternative sources of energy.”

A former Managing Director of the Transmission Company of Nigeria, Mr Usman Mohammed, told our correspondent recently that power supply to Benin and Togo was disconnected in October 2019 because of the non-payment of the outstanding debt.

According to him, the amount of electricity being sold to international customers is around 300 megawatts, with Togo being supplied by Calabar Power Plant; Benin by Paras Energy & Natural Resources Development Limited; and Niger by Mainstream Energy Solutions Limited.

The government-owned NBET buys electricity in bulk from generation companies through Power Purchase Agreements and sells through vesting contracts to the Discos, which then supply it to the consumers, while the Market Operator is an arm of the TCN.

According to NERC, the financial viability of the Nigerian electricity supply industry is still a major challenge threatening its sustainability.

It said, “As highlighted in the preceding quarterly reports, the liquidity challenge is partly due to the non-implementation of cost-reflective tariffs, high technical and commercial losses exacerbated by energy theft and consumers’ apathy to payments under the widely prevailing practice of estimated billing.”

It added that the severity of the liquidity challenge in the industry was reflected in the settlement rates of the energy invoices issued by NBET to each of the Discos, as well as the non-payment by the special and international customers.